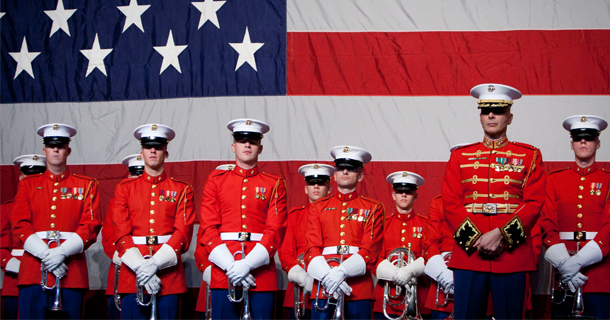 The Battle Colors Detachment will be performing at the 11 Area Parade Field at 10:30 a.m. here, March 12.

This event will be open to the public and members of the media are invited to cover the first performance at 10:30 a.m. on the 11 Area Parade Field.

The Battle Colors Detachment consists of the United States Drum and Bugle Corps and the Marine Corps Silent Drill Platoon and Honor Guard.

The Marines performing in the Battle Color Ceremony are assigned to the “Oldest Post of the Corps,” Marine Barracks, Washington, D.C., and appear in hundreds of ceremonies annually in Washington, D.C., across the country and abroad.

For more information regarding the Marines of 8th & I, visit their website at http://www.barracks.marines.mil/.