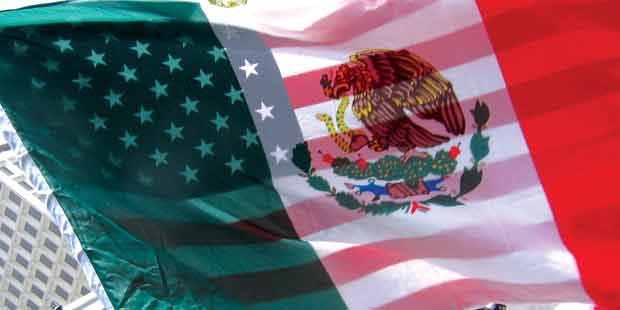 The Mexican government said a while back that it would take all of the southwestern United States without firing a single shot, and that if we do not protect our borders this will happen sooner than later.

I know a lot of people are sympathetic to illegal immigrants, but would those people be willing to support them with their own money? That means absolutely no benefits from United States taxpayers!

The liberal Democrats want open borders so they can add millions of illegal aliens to their party. They want to ensure in the coming years that Republican candidates will never get elected to the presidency or congress. These liberal Democrats want to continually add more taxes to pay for and control these new members that they know will join their party. Proof positive of this is what’s happening in California, with Jerry Brown continually seeking more taxes through any means, and he and his super majority push through, unopposed.

Isn’t it weird that in America, our flag and our culture offend so many people, but our benefits don’t? How can the federal government ask U.S. citizens to pay back student loans, when illegal aliens are receiving a free education? I can’t quite figure out how you can proudly wave the flag of another country but consider it punishment to send them back there.

According to the Department of Homeland Security, during the past two years, 400,000 immigrants were categorized as a “family-sponsored preference” and 1.2 million came as immediate relatives (spouses, children or parents). Citizenship is not automatically granted to those who are sponsored by their family members in the United States, and the waiting can sometimes be as short as a few months. That means there’s a possibility that 1.6 million immigrants can, through chain migration, bring in their spouses, children or parents.

Why does President Trump want to end “Chain Migration?” The White House’s most recent immigration proposal aims to limit chain migration to only spouses and minor children while excluding sponsorship of extended family.

Mr. Trump claims that immigrants entering the country through chain migration take jobs away from U.S. citizens and poses a threat to national security. The administration has expressed its goals to move away from chain migration and toward a merit-based means of immigration, or a system that prioritizes highly educated, English speaking immigrants.

Not all Republicans were created equal! Proof positive: Sens. Lindsay Graham and Jeff Flake. They both have liberal ideas when it comes to illegal immigrants. They’re considered moderates in the Republican Party hierarchy, but most conservative Republicans consider them progressive-leaning Democrats.

Graham said on CNN there are people around the president that have an irrational view on immigration. Graham has the mindset to grant amnesty to all illegal aliens, which will only lead to mass border crossings of illegals once more.

Flake is beloved by some on the right for his fierce fiscal conservatism and opposition to earmarks: He’s earned a 100 percent rating from the American Conservative Union and Freedom Works. But in Arizona, immigration hardliners have long set their sights on the senator for calling Arizona’s sweeping state-level immigration crackdown” imprudent.”