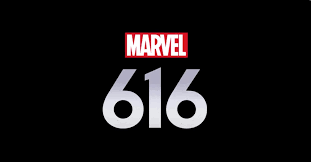 This is a collection of episodes of filmmakers exploring storytelling and pop culture in the Marvel Universe.

Gillian, “I directed one of the episodes of 616 and knowing anything about comics so this was a really exciting process for me and learning a lot about Marvel”.

Paul, “I am a writer for Marvel and written a handful of comics in the past. I like writing them and has been one of the best experiences of my life. When I got to talk about a documentary about Marvel I got to dive into this 80 year world.

Sarah, “We are the team that works on all the digital content and podcast. We also helm a lot of the nonfiction content and now 616.:

“Jason, “This has been an amazing opportunity to make this show”.

What is Marvel 616 and what fans can expect.

Sarah, “These stories have changed and the characters have their own characters and their own vibe. When we wanted to start telling our own stories it allowed us to respect the story and story teller. The next episode will take you on a different path. Eighty years is a lot and we want to make sure we look at the future and a lot of surprises along the way”.

Paul, “The idea of the anthology aspect is a way to tell a singular story. Each of these episodes act like their own individual film. We wanted to bring in filmmakers that have a unique voice and unique vision. We didn’t box anyone in by telling them they had to tell the story a certain way. Each episode being its own journey into this Marvel universe and you will learn things along the way. Each filmmaker will bring something to this that is different. Every single episode will be different and have something for everyone”.

What stands out in the process, Sarah says, “It is fitting that the first place we are talking about this is at a San Diego Comic Con panel. There are a lot of fans that know our history, they know the characters, they have paid attention and we wanted to give them some surprises. At the same time we also wanted to put together some pieces that a causal marvel fan would fall in love with. The best part of working with directors like Paul and Gillian is that they brought their own spin to the story. Some of it will be laugh out loud and others you’ll be crying. Each one is their own journey. There are stories that haven’t been heard and we see a new future of Marvel and we see as a company where we are going. It was really exciting”.