Second chance at a first impression 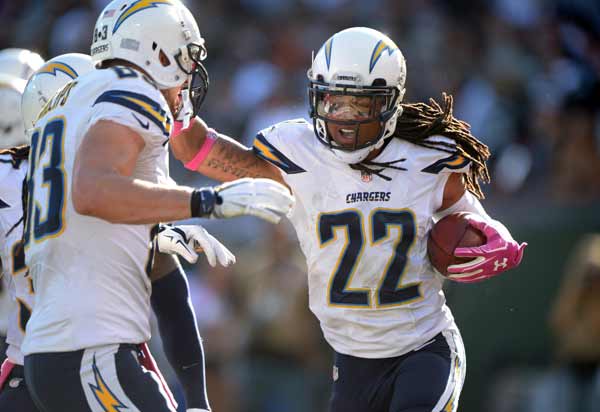 When the Chargers concluded mini-camp last week, one player who caught the eye of teammates, coaches and the media alike was cornerback Jason Verrett. Coming off a disappointing rookie campaign where he missed 10 games because of a shoulder injury, the 5’-10”, 188-pound Verrett is looking every bit the player the Chargers’ hoped for when they selected him No. 25 overall in the first round of the 2014 NFL Draft. Military Press reporter Art Garcia Jr. caught up with Verrett to ask him a few questions following the Chargers organized team activities (OTAs).

Art Garcia, Jr.: How are things going now after completing the OTAs?

AG: As a second-year player, how are the OTAs different from last year?

JV: Well, last year I didn’t get a chance to do anything because I was coming off my other shoulder surgery. This year is a lot better for me, because I’m getting an earlier chance to get familiar with the plays out there on defense, so that way, in training camp, I can be full-blow out there flying around.

AG: Although your playing time was limited thanks to the shoulder surgery last year, you were impressive on the field. Did you ever get fully acclimated to Defensive Coordinator John Pagano’s game plan?

JV: No. As I was coming in I was just trying to get familiar with the calls and stuff like that. As far as the defense, it was easy to understand, but the terminology was the only different part — going from college talk to Chargers talk.

AG: How hard was it for you to finally get a chance to play, but to get injured and have to watch your teammates from the sideline without being able to go out and help them?

JV: Oh man, it was very hard just because of the fact that it was an injury that I couldn’t really fight through. Being that it was such a long season, I felt I made the best decision as far as sitting down (the rest of the season), and I’m just blessed to have a second opportunity.

AG: As a rookie coming in last year, was the NFL all you expected it would be?

AG: Who was the toughest receiver you had to face as a rookie out there?

JV: I felt I faced a lot of solid receivers out there — every team had something different.

AG: What was the best lessen you learned as a rookie in the NFL?

JV: Taking care of your body — that was the main thing. I mean, as far as athletic ability I feel like I have it, but just the physical part — making sure that you get into the cold tubs, the hot tubs and staying with the extra lifting to keep the body up to task.

AG: I was asking (Chargers Outside Linebacker) Jerry Attaochu earlier what is it like to open up your first NFL paycheck.

JV: Oh, it’s a blessing. Definitely more money than I’ve ever seen. When you open up that check you don’t even want to cash it. You want to just hold it up and stare at it and have it up in the room to look at.

AG: After seeing you get so emotional when talking about your family at your first press conference last year, I assume one of the first things you bought was something for your family?

The Endzone: When asked what the best thing about being recognized as an NFL player is, Verrett replied:

“It’s just a dream come true. Every kid playing Pop Warner, high school and college dreams about playing in the NFL, and to be here is an opportunity and something you just don’t want to give away.

“I mean you want to give it all out there on the football field because not everybody gets a chance to play.”

On Sunday, July 19, Chargers fans can join Verrett and some teammates at the fifth-annual Kaiser Permanente BOLT TO THE Q featuring the current 5K run, a one-mile Kids Fun Run and a new 10k distance event.

A portion of the entry fees will benefit the Boys & Girls Club of Greater San Diego, a non-profit charitable foundation serving more than 25,000 youths and their families in the greater San Diego region.

For more information or to register for this event visit www.bolttotheq.com