The Hidden One by Linda Castillo proves why she is one of the best mystery writers. 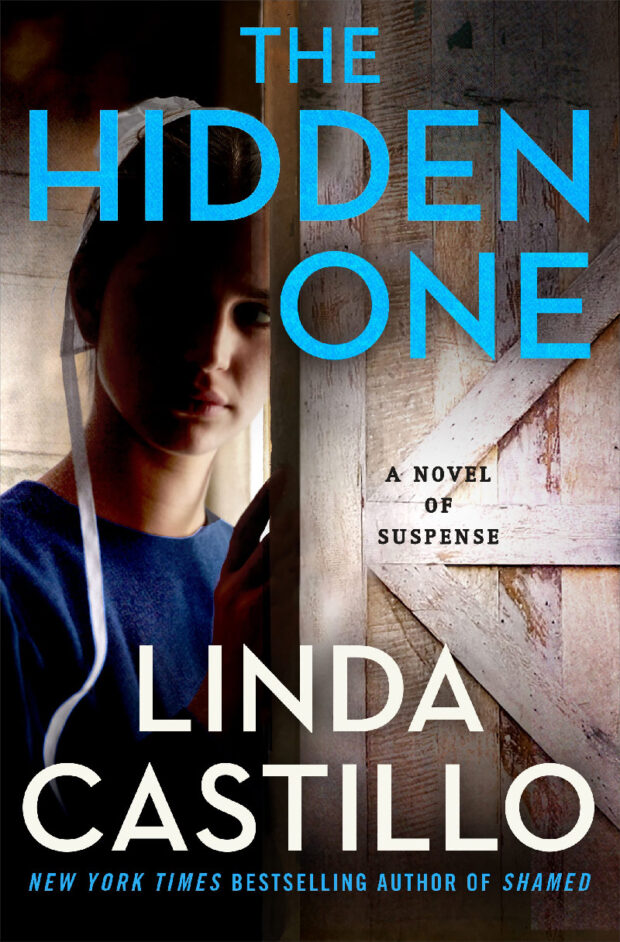 She has done it again with a riveting plot and exceptional characters. In this novel, the main character, police chief Kate Burkholder, is taken out of her element and acting as a private investigator because she has no jurisdiction in the state where the murder took place.

This story allows readers to understand Kate’s earlier life, as she works out feelings from her past. Kate is approached by the Amish elders of Kish Valley Pennsylvania, asking her for assistance. They believe the local police have arrested the wrong person, Jonas Bowman, for murder.  His old muzzleloader was found next to the body and worse, he confessed to it being his gun. With a lot of circumstantial evidence, including the fact that Jonas accosted the dead bishop, Ananias Stoltzfus, the police arrest him.  Normally Kate would shrug it off, but she has a past relationship with Jonas.  He was her childhood friend, someone she confided in, and her first love.

Hoping that being a Chief of Police will give her an in with local law enforcement, she finds just the opposite.  The local police do not want her interfering, refuse to answer any questions, and want her to return to Painter’s Mill Ohio.  But she knows Jonas and feels deep in her heart that he would never kill anyone.  As the investigation progresses the persons of interest increase since the bishop had a very dark past and was cruel. Because there are also people who do not want her looking into the case, she is attacked multiple times. But the attacks make Kate even more determined to uncover the bishop’s secrets and the killer.

As usual, the Kate Burkholder novels have compelling mysteries set in an Amish community. The story was engrossing and gripping with the bonus of finding out more of Kate’s childhood.

Linda Castillo: I wanted readers to get to know more of Kate and her personality.  To do this, I wrote the crime as a cold case. I did some dark research for this book regarding the backstory of the villain, Ananias Stalzfus. I loved the idea how Kate figured it out. Back in 2019 my good librarian friend, Denise, at the Dover library and I had lunch along with an Amish man named Mark.  He told me about the Kishacoquillas (Kish) Valley in central Pennsylvania and how the Amish there were “weird.”  I was very intrigued since what Amish dude says that about another Amish.

EC:  What is so different about the Kish Valley Amish?

LC:  It is an extremely diverse Amish population including the strict Swartzenruber Amish, with grey buggies. Another sect, the Byler Amish, had lemon yellow buggies.  The other type of Amish there is the Nebraska Amish. I had a scene in the book where Kate sees a buggy in the driveway that was colorful.

EC:  In your books you depict the Amish as having some traits as other people?

LC:  I wrote in this book, “The Amish are decent, hard-working people. They are good neighbors and good friends. All of that said, the Amish are not perfect. They’re human and they suffer with all the same failings as the rest of us.  They lose their temper.  They make mistakes. They behave badly.  They break the rules. Sometimes they break the law.”  I wanted to show that a culture should not be lumped into a box and pigeon-holed.

EC:  How did you get such detail about the action scenes where Kate is put through the ringer?

LC:  I had her beaten up, a car rammed her off the road, she was thrown into a raging river, and had hay bales thrown on her. My husband and I have three horses.  We load hay bales all the time.  This is where I thought about the hay scene. I love writing action and danger scenes. This is where my imagination comes into play.

EC:  How would you describe the bad bishop, Stalzfus?

LC:  He was a very wily individual. I did a lot of research on the medal that Kate discovered. This was a big clue on how he was responsible for the deaths of many, many people. He enjoys the power of running people’s lives, and if they do not follow his orders he ruins them through the Bann, excommunication, and silencing them. He is very strict, has tunnel vision, and he is stubborn.  Stalzfus enjoys being a bully, is vindictive, violent, and cruel. He also does not want attention drawn from the outside world.  He was a totalitarian person with complete control.

EC:  How would you describe Jonas?

LC:  He is a very typical Amish man. He is charismatic, charming, persuasive, and a family man.

EC:  The relationship between Kate and Jonas?

LC:  They shared a teenage tragedy. They knew each other when she was twelve.  As she became a teenager when she was fifteen, he was nineteen. He was an adult, and she was underage.  He did not know about the trauma that happened to Kate when she was fourteen.  Without the trauma she might have stayed and married him, living the Amish life, and having children. They had a sad nostalgia for each other, but they were not going to give in to any past attraction.  When she looks at Jonas’ wife there is one point in the story where Kate thinks what might have been me. There was no jealousy and friction between Kate and Jonas’ wife.

LC:  He always came to her defense. Even though he did not agree with her he knew she was going to walk a hard road because she stood up for herself and got into fights. Even though he is a pacifist, part of him admired her actions. He accepted who she was, knowing she was unlike most Amish girls who were described as meek.  Kate was never meek.  He treated her as an equal. He knew Kate was a force to be reckoned with.  Kate sensed he understood her and that she was going to be true to herself. He accepted her even after she left the Amish.

EC:  The disaster Kate went through molded her personality?

LC:  She became a non-conformist and is not a pacifist. She was able to overcome any bitterness toward the Amish.  She can move beyond it to where she has a healthy respect for the Amish now. This is where her head is.  She is not a quitter, hard-headed, and a sore loser.

EC:  Why have Kate play hockey and baseball as a young teenager?

LC:  I love those scenes.  I was a tomboy as a child. It is a great feeling to hit a homerun with an aluminum Louisville slugger bat.  You hear that “tank” and say, “yeah a homerun.” By playing these sports I think there were some hints that Kate would not have stayed Amish even if she did not have the trauma at fourteen. I really enjoy writing the scene with Kate and the baseball diamond.

EC:  Any movie or TV series?

LC:  Entertainment One bought an option. They have two years to pursue making a feature film or a series.

LC:  The likely title will be An Evil Heart, coming out this time next year. Kate is now back at Painter’s Mill in Ohio. There is an unusual murder and Kate is trying to figure out what happened.  There are some good twists.