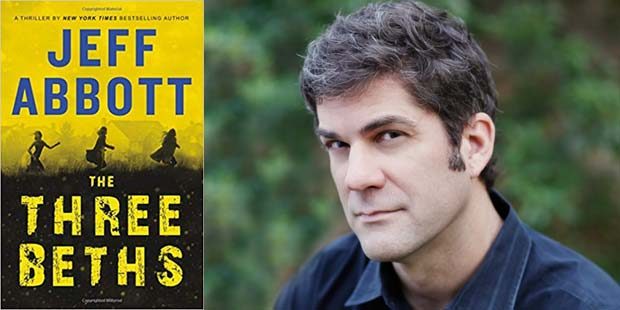 “The Three Beths” by Jeff Abbott is a psychological thriller that explores family dynamics. The story of missing loved ones grabs at the readers, sparking curiosity. Readers are drawn into the story, feeling empathy for the characters.

“There were these two separate ideas that came together,” Abbott said. “I thought about these cases where someone has gone missing and the police have a pretty good idea of who did it, but no evidence. Sometimes in that situation it is a family member. That brought me to the second idea, I kept thinking what would be like, for a daughter to be constantly defending an accused parent. The OJ Simpson case is a famous example. How did his children regard their father? What would it be like to live as a family member after their father was accused of murder? The characters of Mariah and Craig popped into my mind. It was a Lego block of an idea. Sometimes ideas lock together like Lego blocks and formulate a story.”

The plot unfolds with the touching thoughts of Mariah, “My mom would never leave me.” Beth Dunning, her mom has disappeared without a trace and has been missing for a year. The police chief, Dennis Broussard, who once had feelings for Beth, suspects Mariah’s dad, Craig. Broussard has tunnel vision since there is no body and no physical evidence linking Craig to the supposed murder. Mariah feels compelled to clear her father’s name and find her mom, considering the townspeople are trying to run the Dunnings out of town. Her feelings jump from guilt to anger to loneliness. Determined to investigate she takes the suggestion of a high school friend who is now a true-crime blogger An estranged wife, Bethany Curtis, of a tech millionaire also went missing six months earlier. What links the two disappearances is the name, Beth. What Mariah finds out is that many of the answers seem to lie with a third Beth, Lizbeth, who seems very elusive. As the clues lead her closer to answers, she and her dad are threatened, with the truth more devastating than she could have imagined.

“I wrote Mariah as someone dealing with a lot as a young twentyish old. Mariah must come to terms that the world she knows no longer exists. I would say she is determined, fearless, stubborn, impulsive, with some anger issues. She is probably one of the most complicated characters I have ever written. I sympathized with her because she had to deal with so much and everything in her life went to hell. She has put everything on hold until she finds a resolution about her mom and cannot move forward until she finds answers. She is loyal and loves both her parents.”

Readers will get into the minds of all the characters. They follow the betrayals, lies, and deceits and realize that most of the characters are very flawed. People will not want to put this book down, until they also find answers and the truth regarding the disappearance of the three Beths.