Wynonna concert on the USS Midway 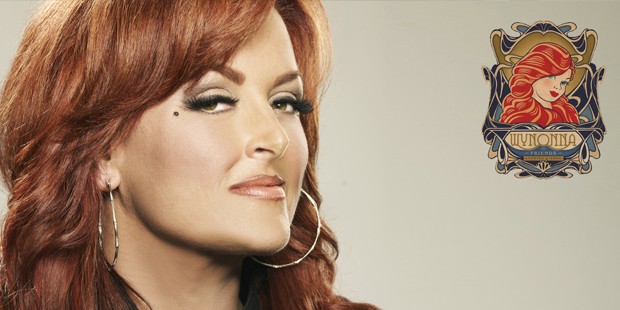 Presented by Kaplan University, the annual charity military benefit concert will be held on Saturday, May 23, 2015 (Memorial Day weekend) at 7:30 pm featuring 5-time GRAMMY award winner and country music icon, Wynonna and her band, The Big Noise! The event, held annually on the flight deck on the historic USS MIDWAY, was a sell out last year. As a result, the USS Midway is moving planes around on the flight deck to accommodate an additional 400 seats for concertgoers – giving San Diegans even more opportunity to support local military and make a difference.

Over the past five years, American Freedom Festival San Diego has raised approximately $150,000 for local San Diego military charitable organizations and brought great awareness to the service, sacrifice and needs of our veterans, military service members and their families. This year the event will benefit San Diego Armed Service YMCA, Wounded Warrior Support Network, ReBoot Workshops, Nice Guys Victory Fund and Support The Enlisted Project (STEP). The funds raised by the concert have had a lasting impact on helping veteran’s, service members and their families. With the military being the largest employer in San Diego, there is a real need for citizens to support and give back. The non-profit beneficiaries of this year’s event are truly making a difference and by coming to the show, San Diegans can help these military charities continue their great work.

The San Diego Armed Services YMCA enhances the lives of service members and their families through programs and services that are relevant to the unique challenges of military life. www.sandiegoasymca.org.

REBOOT Workshops™assist members of the military in making the social and career transition from years of service by addressing their fears and “re-booting” their skills. The workshops build upon their military training, experience and skills to prepare them for life after the military in the workforce. www.nvtsi.org.

The Wounded Warrior Support Network provides access to entertainment and sporting events for Wounded Warriors and their families to spend quality time together as well as a network of resources to help aid our Wounded Warriors. http://www.woundedwarriorsupportnetwork.org

The Nice Guys a part of San Diego since 1979, they help local military families and service members who, through no fault of their own, have fallen on tough times. Their goal is to get people back on their feet and self-sufficient offering a hand up not a hand out. www.sdniceguys.com.

Support The Enlisted Project [STEP] provides emergency assistance to eligible active duty service members and veteran junior enlisted families in times of crisis and, through one-on-one counseling, develops a plan for them to achieve financial self-sufficiency. Their family support and morale programs to educate, inspire and uplift the military and veteran families. http://www.stepsocal.org

The American Freedom Foundation puts on a “world class” concert each year. Artists who have performed at past charity concerts have included, Chicago, Kansas, Alan Jackson, Kenny Loggins, World Classic Rockers, Creedence Clearwater Revival, Daughtry, Trace Adkins and many others.

Ticket Information: Tickets are on sale now for the American Freedom Festival San Diego Wynonna concert, presented by Kaplan University, aboard the USS Midway Museum on Saturday, May 23 at 7:30pm are $79.50, $69.50 and $59.50 (plus applicable service charges).

Wynonna, originally part of one of the most famous and successful duos in country music history, The Judds, embarked on her solo career in 1992 with the release of her self-titled solo debut album. This album, Wynonna, spawned four number one hits and was the best selling country album ever by a female artist at that time. In 1994, Wynonna received the coveted Top Female Vocalist of the Year trophy at the ACM Awards, and Rolling Stone called her “the greatest female country singer since Patsy Cline.” Engaging the soulful, bluesy side of her voice only hinted at with The Judds, Wynonna went on to sell more than 10 million albums and reach new creative heights with six chart toppers of her own. Wynonna’s career has always revolved around telling stories evidenced by the highly successful and stirring novel, Restless Heart. Wynonna is always evolving and you can bet her fans will be watching very closely as she prepares for the release of her eighth studio album, due out this year via Curb Records. http://www.wynonna.com

About The American Freedom Foundation:

In return for their service and sacrifices made for our country, the American Freedom Foundation, founded in 2004, believes veterans, military service members, and their families are deserving of support that empowers and enables them to lead confident and productive lives. AFF serves and supports them by creating awareness and building support for their service, sacrifice and needs through partnerships with military focused organizations and always will be relentlessly driven to bettering the lives of these heroes and their families. Throughout its short history, the American Freedom Foundation has made grants of approximately $1.2 million to more than 30 military organizations and awarded over 700 full and partial scholarships to military spouses and their dependents in 48 states and 7 countries through the AFF/Kaplan University Military Scholarship program valued in excess of $11 million. Through the AFF national veterans employment initiative program, Warriors To The Workforce, thousands of veterans have been connected to hundreds of participating companies for civilian employment opportunities. http://www.americanfreedomfoundation.org

Kaplan University is an institution of higher learning dedicated to providing innovative undergraduate, graduate, and continuing professional education. Our programs foster student learning with opportunities to launch, enhance, or change careers in today’s diverse global society. The University is committed to general education, a student-centered service and support approach, and applied scholarship in a practical environment. Kaplan University also supports our servicemembers, including Guard and Reserve, their spouses, and veterans. Kaplan University has developed or participates in various special programs for military and veteran students that can reduce time and effort needed to earn a degree, and reduce redundancies between military training and college courses. To learn more about our military college programs, please Click Here. http://www.kaplanuniversity.edu/about.aspx

The USS Midway Museum was established in 1992 and opened in June 2004 with the vision of becoming America’s Living Symbol of Freedom. It mission is to preserve the historic USS Midway and the legacy of those who serve, inspire and educate future generations, and entertain our museum guests. Having served from 1945 until 1992, the USS Midway is the longest serving American aircraft carrier of the 20th century. Approximately 1,050,000 people visit this historic naval ship museum annually experiencing a variety of exhibits that include self-guided audio tours, docent presentations, flight simulators, climb-aboard aircraft, and many more. The USS Midway is ranked #1 among all San Diego tourist attractions. http://www.midway.org