A documentary narrated by Jeff Goldblum 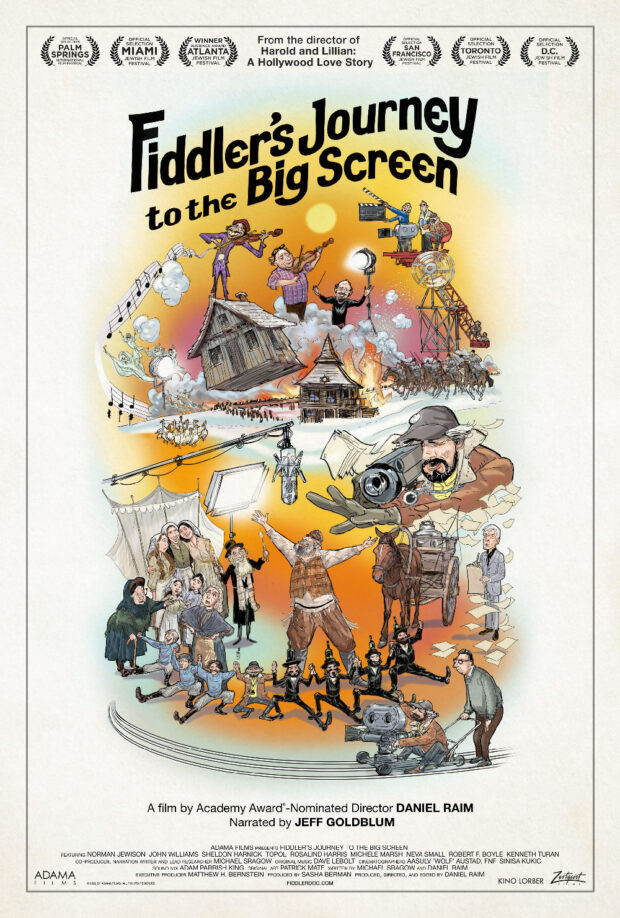 Fiddler’s Journey to the Big Screen by Daniel Raim is a documentary narrated by Jeff Goldblum.  Fiddler on the Roof is one of the greatest musicals on the big screen.  It is about a Jewish man who tries to balance religious and cultural traditions.  This comes into play with outside forces, such as the changes of tradition, and the three daughters who sought independence, wanting the decision who to marry left in their own hands after falling in love.