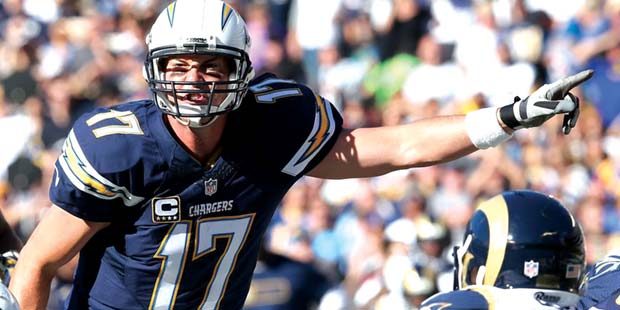 Oh, what a difference a week makes.

Following their embarrassing, mistake-ridden 13-7 loss to the New Orleans Saints a week earlier, the Los Angeles Chargers gave fans a quick glimpse of the high-powered offense and dominating defense the team hopes to display throughout the 2017 season.

If Saturday night’s 21-19 preseason win over the Los Angeles Rams at the Los Angeles Memorial Coliseum is a preview of what fans can expect to witness this coming season, attendance shouldn’t be a problem at the StubHub Center.

As we go to print, the Los Angeles Chargers’ Monday night season opener versus the Denver Broncos is just a short two weeks away. Here is a quick preview of the upcoming season through the eyes of different pundits across the country.

In an early pre-NFL Draft article, Bleacher Report’s Richard Janvrin has the Chargers finishing 8-8. Per Janvrin: “In their first season away from good ol’ Qualcomm Stadium, the newly branded Los Angeles Chargers will have the luxury of playing at — a soccer stadium? Yeah, the Chargers will be using the LA Galaxy’s field for the 2017 season, which should be interesting.

“The Chargers have some difficult games this season. Outside of their own division, they take on teams like the New England Patriots, Dallas Cowboys and New York Giants.”

Janvrin continued: “The biggest issue with the Chargers has always been in the trenches, which is still an issue, especially on the offensive side. However, with quarterback Philip Rivers, wide receivers Tyrell Williams and Keenan Allen (assuming he’s healthy), running back Melvin Gordon and the defensive phenom Joey Bosa, the Chargers could be a tough out in 2017.

“The AFC West is going to be loaded with teams that finish with winning records. The division also holds two of the best teams in the AFC (the Oakland Raiders and Kansas City Chiefs). The Chargers could put their imprint on this season by taking out their own divisional foes. The Bolts have a pretty good team, but their division could be what ultimately holds them back.”

Davis has the Chargers finishing the season 9-7 and making the playoffs as a wild card team. Said Davis, “Plenty to overcome, most notably adaptation to a new city and the smallest venue in the league (the StubHub Center will host its first NFL games in Weeks 2-4). Then there are personnel changes coming to the offensive line and a major schematic overhaul defensively. Still, the Bolts have done a nice job restocking their talent pool, especially on defense, and have the juice to be L.A.’s first playoff club since the 1993 Raiders.”

Pro Football Weekly isn’t quite as high on the Chargers and has them finishing last in the division with a 7-9 record. While reviewing PFW’s annual NFL Preview magazine, Arthur Arkush forecasts what a positive and negative season for the Chargers could possibly look like. Per Arkush —

Best-case scenario — “Injury woes and late-game meltdowns are left behind on their maiden voyage to L.A. Lynn helps vault Gordon to the top tier of NFL backs, and Rivers rebounds with a more dependable support cast. Bosa and Ingram wreak havoc up front, and a healthy Verrett and Hayward give Bradley a top-five D. In another division, they’re worst to first, in the mighty AFC West, they’re a wild card.”

Worst-case scenario — “Juggling relocation and the rookie learning curve overwhelms Lynn. Rivers’ regression continues, and his perennially disappointing O-line falters despite fresh blood. The defense, again overtaxed by its mistake-pone offense, struggles to gel. The Chargers miss the postseason for the seventh time in eight seasons, handing Round One of the battle for Tinseltown fans to the Rams.”

Well, it didn’t take long for Lynn to prove his point.

Heading into the Rams game the Chargers had scored just two touchdowns in the two preseason games against the Seahawks and Saints, and had not scored any points in their last 17 drives. With most of the 22 starters playing the first half, the Chargers dominated the Rams on both sides of the ball en route to a 21-19 victory — their first preseason win in 2017.

While playing just three offensive series this preseason, Rivers completed 11 of 12 attempts for 141 yards and two touchdowns. In the win over the Rams, Rivers posted a perfect passer rating of 158.3 after going 6-for-6 for 85 yards, including a 45-yard touchdown pass to Travis Benjamin.

On the Rams first possession of the night both Joey Bosa and Melvin Ingram showed why they are considered two of the top pass rushers in the NFL when Bosa strip-sacked Rams quarterback Jared Goff and Ingram returned the fumble recovery 76 yards for a touchdown.

Making his first appearance since tearing his ACL last October, cornerback Jason Verrett intercepted Goff on the Rams ensuing possession, which led to the Chargers’ third touchdown of the night to take a 21-0 lead. Despite missing virtually all offseason workouts while rehabbing his knee, Verrett appears to be playing at full-speed and should be 100-percent healthy for the opening game against the Broncos on Sept. 11.

For the third consecutive year it looks like the Chargers got a steal in the fifth round of the draft. When Iowa cornerback Desmond King slipped down in the NFL draft, General Manager Tom Telesco wasted little time making King the 151st overall selection. With injuries in the secondary throughout the offseason, King has shown his versatility by stepping in and filling a void wherever the defense needed him.

And it didn’t take long for him to show why he was selected the 2015 Jim Thorpe Award recipient for the nation’s top defensive back.

“He’s light years from where he was during rookie mini camp,” Head Coach Anthony Lynn said (per Chargers team reporter Haley Elwood). “Now that he knows what he is doing, he’s playing nickel, he’s playing safety. He has a versatility to go out and play corner in a pinch and he’s making plays on special teams.”

The Endzone: It appears it’s never too early to talk about the NFL Draft. In a recent article CBS Sports’ R.J. White looks ahead at the 2018 NFL Draft where he has the Chargers owning the sixth pick overall after finishing the 2017 season with a record of 5-11. According to White, the Chargers get their future signal caller by selecting Wyoming QB Josh Allen.

Per White, “The Chargers would be ecstatic to see a blue-chip passer on the board when they’re up, as Philip Rivers is 35-years-old and may end up worn down after a year of commuting to L.A. The best case scenario would have Rivers still under center in 2018 as Allen learns the ropes before the Wyoming signal-caller takes over in 2019, when moving on from Rivers would save the Chargers $16 million on the cap.”