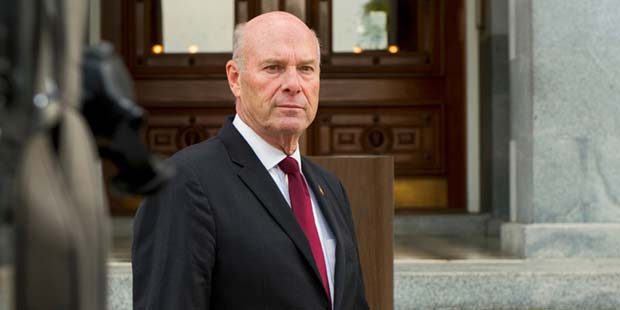 What has become evident in recent weeks is that one of the most important positions an electorate can vote on is the state’s attorney general. California’s attorney general, incumbent Xavier Becerra (D), is building a national reputation for challenging the Trump Administration, suing the Federal government 44 times. Instead of focusing on issues important to Californians, he is wasting millions of dollars of taxpayers’ money. During his tenure, the homeless problem has multiplied, crime has risen — including violent acts — and laws are passed that hurt California residents. Anyone looking to make California better might want to consider his challenger, Judge Steven Bailey.

Bailey’s background is extensive. With an expertise in criminal law, he was an elected superior court judge in El Dorado County for more than 8 years, handling criminal, civil, probate and juvenile cases. He also served four years as the presiding juvenile judge. In addition, as deputy director in charge of legislation for the California Department of Social Services under the late Gov. George Deukmejian, he worked with those on both sides of the aisle. This unique resume shows how he had worked in government, the court and with the private sector.

Although many Californians are sympathetic to the homeless plight, they are tired that the sidewalk is used as a sleeping area, a storage place and as a bathroom. Homelessness has become a bipartisan issue where Democrats, Republicans, Independents, liberals and conservatives have had enough.

“The mentally ill combined with drug addicts make up 75 percent of the homeless groups,” Bailey said. “California spends $3.5 billion per year on the mentally ill, but very little actually goes to treatment. Mental illness is a disease that progressively gets worse, and judges are at their wit’s end because they cannot find services for these people. The current administration solution is to just build housing. These are just like the old projects where those who do not pay they rent get evicted and then they are back on the streets. What we end up with is throwing money and more money at the problem.”

His solution is to allow judges to “give someone in their court a choice of getting treatment or going to jail.

“Even the hardest addict does not want to go to jail,” Bailey said. “Unfortunately, Proposition 47 has allowed those arrested to plead out and after 30 to 40 days they are back on the streets. This is why opium and heroin usage is up. I would reinstate criminal penalties for drug possession of a felony so that a person’s obvious choice would be to get treatment. Tough solutions are needed. Something else I would do is use Texas as a model, funding community mental health clinics. This would include taking the control of money away from the government and giving it to the non-profits. But the bottom line is that we need leadership.”

Bailey said he is a big proponent of the First Amendment.

“We all have a right to say things, and the California AG has to protect that right,” he said. “The current attorney general has no interest in protecting the U.S. or California Constitution. We should not allow the thugs and mobs to suppress speech and assembly.”

He has a good point, considering that groups such as Students for Justice in Palestine confront, challenge and intimidate Jewish students to scare them from being vocal.

Another issue on college campuses is how they handle due process.

“If I were attorney general, I would make sure there is a comprehensive system on college campuses to protect the rights of the accused and the accuser. This is what we do in a criminal and civil court. Currently, the proceedings there do not have these protections. We need to have standards, an application of rules of evidence, a right to counsel and transparency. I want to send a message that due process must be respected. We should get rid of the arbitrary way an accusation is ignored or how someone is ram-rodded. Look what happened in Santa Clara County, where a rape victim who was unconscious saw her rapist get only 6 months in county jail. This is not right, nor is it right that someone gets accused and cannot defend themselves.”

Regarding sanctuary cities, Bailey said he believes “It creates a lawless, unsafe environment.

“The current law protects no one and provides no sanctuary except for the criminals,” he said. “They are released from jail and commit crimes against citizens and non-citizens. We need to protect all who live in California. What is happening now puts everyone at risk including citizens, legal immigrants and those undocumented. I was outraged when the Oakland mayor gave a heads up about an I.C.E. raid and told Californians not to cooperate. Law enforcement should do their job, and needs to be protected from intimidation.”

He set up and ran the veterans’ court in his county.

“As a judge, I led the fight in our county working with the DA and the Defense Bar to set up a veteran’s court. We must get them out of the criminal justice system and into treatment. We were able to find housing and job training, working hand-in-hand with the VA. We need to expand it to all of California.”

At some point, all Californians need to not look at the letter “D” or “R” by a person’s name and vote for someone who will have the electorate’s best interest. Judge Bailey has the experience, the willingness to work on a bipartisan basis and the ability to have solutions for the problems facing Californians.

As Bailey asked, “Why not consider myself as an alternative?”