Before Half Dome, there was Idyllwild 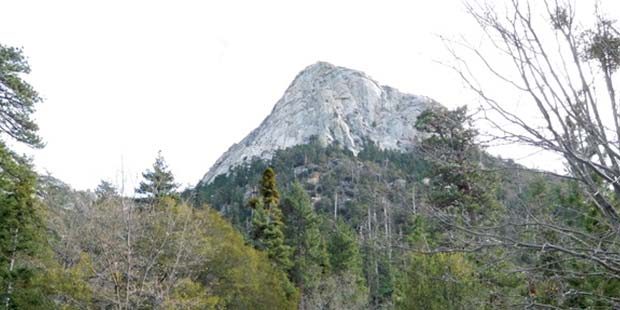 “Mile High” Idyllwild (altitude 1.6 km) and Tahquitz Rock, often called Lily Rock, have received worldwide recognition from rock climbers since the 1930s. In 1947, a “difficulty of climb” scale, based on Tahquitz Rock, was established. After the ascent of Half Dome in 1957, the Sierra Club tweaked the values and the ratings, which became known as the Yosemite Decimal System (YDS). Note: Tahquitz Rock is rated 5.9 and Half Dome is 5.12.

Idyllwild was once the summer home for migrating bands of the desert-dwelling Cahuilla Indians. The area was originally named Strawberry Valley by shepherds who regularly brought their flocks to graze. By the 1880s to early 1900s, there was an arts academy, as well as a sawmill, toll road, post office and tuberculosis sanatorium. Tourists from southern California started showing up.

From the 1930s to 1950s, Idyllwild was further settled by buyers of second homes and became famous for the production of handcrafted “knotty pine” furniture. In the 1960s and 1970s, hippies (including LSD guru Timothy Leary) discovered Idyllwild, much to the consternation of the locals.

The arts community continues to flourish, and in 1998, Idyllwild was named one of100 Best Small Art Towns in America. Today, there are approximately 4,000 year-round residents. An additional 2,000 people live there part-time.

Idyllwild is a mecca for outdoor sports, including rock climbing, hiking, trail running and walking. There are almost 500 routes around Tahquitz Rock and its neighbor, Suicide Rock. Additionally, there is horseback riding, camping, fishing, bouldering and mountain biking.

In the village, pick up an “Explore Idyllwild Map” and “Explore Idyllwild Directory.” In town, you will find restaurants, bars, boutiques, a bakery, gift shops, antique stores and art galleries galore. You will hear live music everywhere. 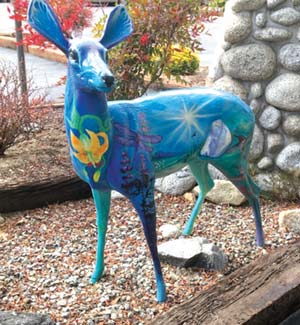 A worthwhile stop is the award-winning Historical Society Museum. Make certain to follow the trail of the “Idyllwild Deer Sightings,” a public art project sponsored by the Art Alliance of Idyllwild. There are 21 deer sculptures, made from recycled aluminum and painted by 12 local artists.

A recommendation from a friend brought me to The Grand Idyllwild Lodge, a luxury boutique inn. Designed and built by the owners, its architecture is classic California Craftsman. It delivers a wonderful bed and breakfast experience, with hands-on service and an excellent full breakfast on weekends. Coffee and tea are available all day in the lobby. The rooms feature Wi-Fi, flat screen smart TVs, Keurig coffee and plush bedding.

There’s free parking and it’s a short stroll into town. There are trails on the property, a small sauna, a gym and spa services can be arranged. Only 5-years-old, it’s already earned a 94 percent “Excellent” rating on TripAdvisor and received AAA’s coveted Four Diamond award. Kudos to innkeepers Brad & Jacki Rechfertig. For reservations and information call (951) 659-2383 or logon to www.GrandIdyllwildLodge.com.