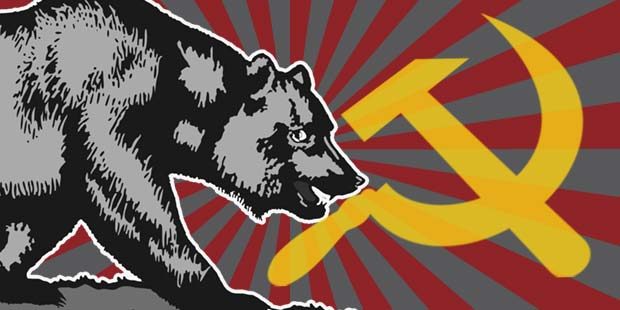 The left shows its true colors

“Damn, pinko commies.” I’ve been known to lovingly direct that epithet in jest at my liberal friends (“Dirty hippies” is another favorite). As it turns out, the jeer isn’t just a joke.

They call it International Workers Solidarity Day in the West. In leftist doublespeak, that’s more palatable than a day celebrating a system known for oppression, breadlines and gulags.

Amazingly, the bill, introduced by Assemblyman Miguel Santiago, D-Los Angeles (or should it be C-Los Angeles?), made it through two committees before hitting the Assembly floor — where only a handful of California Democrats voted against it. Santiago has vowed to bring it back.

American liberals have always bristled at comparisons with totalitarian Marxists, but we now know where the left coast leftists stand — and that’s with the communists.

Santiago and his red horde claim they merely wanted a day set aside to honor workers, giving schoolchildren a chance to learn about those who labor. Apparently, they’ve never looked at September on a calendar.

With socialism en vogue in present-day Sacramento, one has to wonder whether they’re stupid, ignorant or just plain immoral. I’m betting on the latter. It seems silly to state the obvious nearly three decades after the fall of the Berlin Wall — communism is evil.

Wherever communists have taken over, they started with the mass murder of their political opponents, business owners and their families. Then, by force, they took the peasants’ land, causing famines throughout their countries.

What follows is pathological militarism, under the guise of “industrialization.” At no time are the lives of ordinary citizens put above the party’s members.

Joseph Stalin died with the blood of more than 20 million people on his hands. Mao Zedong, somewhere between 45 and 70 million. Kim Il Sung, more than 1.6 million, and his people are starving under the rule of his grandson.

These murderous communists far outpace Adolf Hitler (himself a socialist), and I’ve only named a few.

What does that say about Santiago and the Assembly members who voted for his vile bill? They would rather make their beds with evil dictators than with pioneers of democracy and freedom.

At least, now, the Sacramento politburo is being honest about where they stand. That will make it easier to toss them onto the ash heap of history.