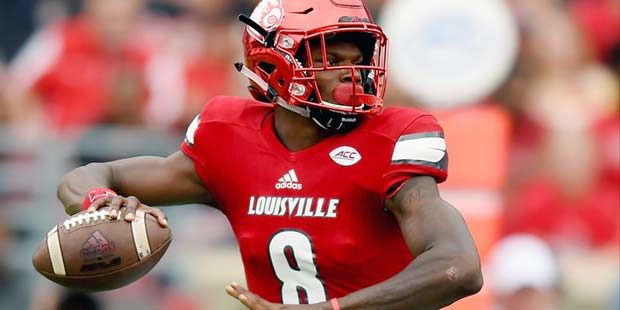 As we go to print the draft is less than 10 days away, April 26-28. In this issue, we compare the players in the latest mocks to where they rank on Pro Football Focus’ (PFF) top 100 prospects. With needs at DT, LB, OL, S and QB, it’s interesting to see which direction the analysts believe the Chargers will go following the results of the NFL Combine, private workouts and free agent signings.

The question for Chargers’ fans is whether General Manager Tom Telesco selects the proverbial ‘best player available’ or picks the highest-ranked player at a position of need in the first round.

At this point, it’s anyone’s guess depending on how the draft develops in front of Telesco. If there is a run on quarterbacks, which some analysts believe, there is a good possibility the Chargers get lucky and a top-ten player they never expected falls and is there for the taking.

Many pundits believe Telesco will upgrade the interior of the defense for three reasons — the four-game suspension of Corey Liuget, the age of Brandon Mebane and the need for a dominant run-stopper to help improve a defense that finished second-worst in the league last season.

McShay: “Payne could step right in (DT Corey Liuget is suspended for first four games) and make an impact. An excellent run-stuffer, he has the ability to pressure QB’s as well.”

Kiper: “As I wrote in my Mock Draft 1.0, stopping the run has to be a priority for the Chargers in 2018. Their 4.9 yards per rushing attempt allowed ranked last in the league. Los Angeles has two young star edge rushers in Joey Bosa and Melvin Ingram, but it has to improve on the interior. Payne popped in the College Football Playoff and even had an interception and touchdown catch in the semifinal win over Clemson. The 6-2, 319-pound Payne had only three career sacks, but he consistently beat his man, even if it didn’t show up on the stat sheet.”

Iyre: “The Chargers are nasty on the edges with Joey Bosa and Melvin Ingram, but they could use more explosiveness inside to round out what has the makings of an elite defense in 2018. Payne has Bosa-like short-area speed and can add to opponents’ backfield nightmares.”

Mike Renner (PFF): “Payne showed a complete different gear against Georgia in the National Championship game where he set career highs for pressures (seven) and run stops (six). That high-end is encouraging, but it was shown too infrequently to be on the level of (Maurice) Hurst and Vea.”

PFF ranks Payne the third-best defensive tackle in the draft and No. 39 overall.

Jones-Drew: “Gus Bradley’s defense made huge strides throughout the 2017 season but struggled against the run. Vea allows the linebackers to run, taking pressure off the pass rushers.”

Renner (PFF): “Vea is the definition of a disrupter, he moves the line of scrimmage and not the other way around. Only playing 62.2 percent of Washington’s snaps this past season is a little concerning, but there are few concerns about his on-field performance.”

PFF ranks Vea the second-best defensive tackle in the draft and No. 22 overall.

With Denzel Perryman and Jatavis Brown missing playing time due to injuries and a porous run defense, many analysts have Telesco picking a linebacker in the first round. Eric Galko (Sporting News) and Peter King (Sports Illustrated) both have the Chargers bolstering the linebacking corps with their first round pick.

Galko: Roquan Smith, LB, Georgia. “The Chargers have done a masterful job building their defense, and one more leader inside could come close to completing what has a chance to be the NFL’s top unit in 2018. Smith deserves to go higher than this, but he might slip due to positional value.”

Sam Monson (PFF): “The class of this year’s linebacker crop, Georgia’s Roquan Smith is a talented and athletic linebacker who perfectly fits the mold of the modern NFL. Like Atlanta’s Deion Jones, Smith has the talent to be a matchup weapon on defense when it comes to coverage and has the speed and athleticism to make plays sideline to sideline, neutralizing some of the game’s most effective offensive weapons. There will be people that nitpick his game, but his PFF grades have been excellent and he had 74 defensive stops in 2017, the second-most among all linebackers. His coverage skills can be something special at the next level, he is the best linebacker in this class and should be taken high in the first round.”

PFF ranks Smith the top linebacker in the draft and No. 7 overall.

King: Rahsaan Evans, Stack LB, Alabama. “Evans should join C.J. Mosley, Dont’a Hightower, Reuben Foster and Rolando McClain as plug-and-play first-rounder linebackers out of Nick Saban’s program. Evans is fast and physical, though his value on passing downs is likely to come on the blitz more than in coverage.”

Monson (PFF): “Evans is another linebacker to come from Alabama’s pipeline, which has produced a number of NFL linebackers recently. He has excellent athletic and physical traits, and that gives him as high a ceiling as any linebacker in this class. He could also go as high as the first round if teams fall in love with those physical abilities, but his game on the field needs significant development. His coverage needs work and how successful that work is will likely determine his ultimate value at the next level, but his play against the run and how efficient he can be on the blitz should allow him to make an early impact.”

PFF ranks Evans the fourth-best linebacker in the draft and No. 46 overall.

Steve Palazzo (PFF) — Mike McGlinchey, OT, Notre Dame. “While the Chargers used some draft capital on the offensive line last season, there’s still work to be done, and McGlinchey can start immediately on the right side with an eye toward playing left tackle in the future (though both positions are of equal value and it doesn’t matter which side he plays). McGlinchey is a powerful run-blocker, leading all tackles with a 95.0 run-blocking grade last year while allowing only 16 pressures.”

Renner (PFF): “McGlinchey’s three-year sample of grading is about as good as we’ve seen since we started grading college players and easily tops in this class. The fact that he’s done it at both left and right tackle makes it that much easier a projection to the next level. He’s far from a perfect prospect, but he does so many things well that he’s ascended to the top of this class.”

PFF ranks McGlinchey the top OT in the draft and No. 14 overall.

Athlon’s Magazine — Connor Williams, OT, Texas. “This team was so close to getting back to the playoffs but sorting out that offensive line remains a big priority for the front office this offseason. Williams could start the first week at right tackle and eventually flip over to the left side down the road.”

Reiner (PFF): “Scrap Williams’ injury-riddled 2017 tape and go back to his sophomore year. That season he was utterly dominant and allowed only four pressures all season. Not many true sophomores are capable of the level of play we saw from Williams in 2016, as he flashed all the tools necessary to be a high-level tackle in the NFL.”

PFF ranks Williams the second-best OT in the draft and No. 15 overall.

Charley Casserly (NFL Analyst): Derwin James, S, Florida St. “James is the best player available here, and he fills a need. The former FSU star could easily be a top-10 pick this year, but in this scenario, he’s still on the board at No. 17.”

Palazzo (PFF): “James has all of the tools to become a game-changing playmaker at the next level. His size and athleticism allow him to make plays in coverage against the run and as a pass-rusher. All of James’ skills led to him becoming the nation’s top-graded safety in both 2015 and 2017. He can be a coverage weapon in a two-high safety look or in man coverage against tight ends and slot receivers, while his size allows him to be a force in the run game and to get after the quarterback.”

PFF ranks James the top safety in the draft and No. 4 overall.

Norris: “QB Lamar Jackson, Louisville – Thus far, Jackson’s draft day projection has placed him among his own tier of quarterbacks and away from the “top” four. The Chargers and Saints have been looking at quarterbacks for multiple drafts. At some point one will pull the trigger. Bucky Brooks’ point of Bill Belichick possibly wanting a mobile quarterback with pocket skills after watching Deshaun Watson is an interesting point.”

Palazzo (PFF): “It’s all about setting proper expectations for Jackson who has incredible athleticism and a good arm that is capable of making NFL throws, yet inconsistent when it comes to down-to-down accuracy. That combination can be used to create an explosive offensive system as Jackson can drive the ball down the field and create big plays with his legs, though he may never be a classic, accurate passer who is counted upon to throw the ball 40 times per game. With the right offensive coordinator, Jackson has a chance to be a dynamic playmaker.”

PFF ranks Jackson the fifth-best quarterback in the draft and No. 21 overall.

“The Chargers already had great momentum after winning six of their final seven games in Anthony Lynn’s first season after losing some heartbreakers early. They have the defense, the savvy quarterback and the running game in place to end their four-year playoff drought, looking like the most complete team in the AFC West with the least transition.”