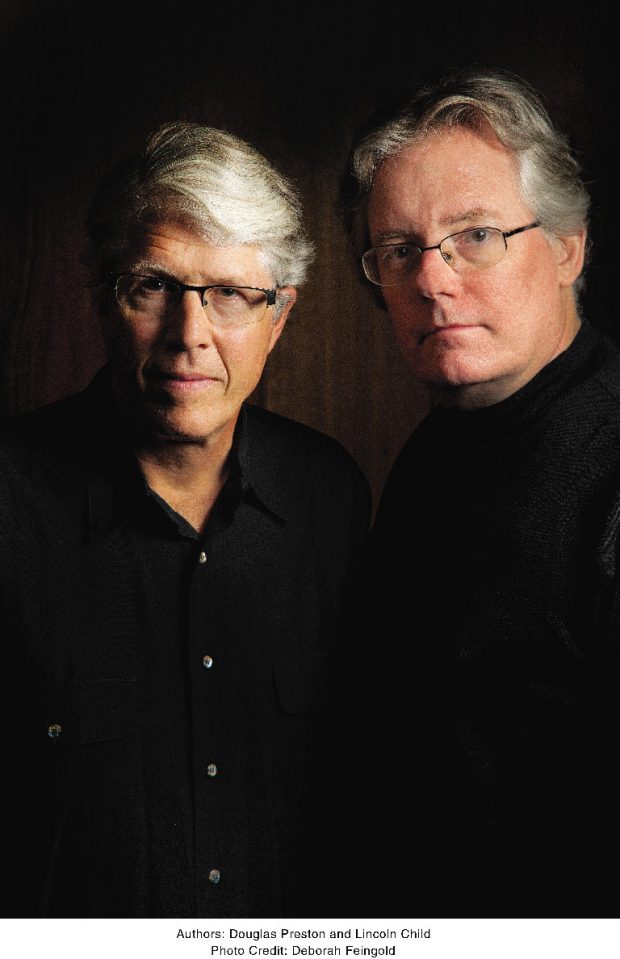 Diablo Mesa by Douglas Preston and Lincoln Child has the return of archeologist Nora Kellly and FBI Agent Corrie Swanson.  This story has Lucas Tappan, a billionaire, wanting to finance a scientific excavation of the Roswell incident site, where a UFO supposedly crashed in 1947.

Although a skeptic, Kelly decides to work on the excavation because she wants to support her brother Skip, also hired by Tappan.  After they uncover the murder of two human victims, they ask Swanson to find out their identities. Her investigation has covert government groups working together in attempt to stop the investigation from moving forward.