‘Emma in the Night’ 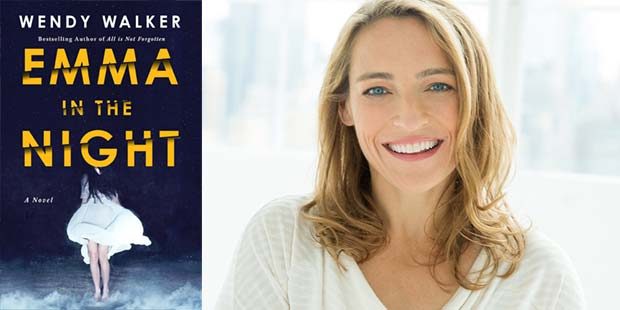 “Emma in the Night” by Wendy Walker is a psychological thriller about two sisters. This dysfunctional family adds a whole new meaning to this word.

Judy Martin always used her beauty and charm to manipulate her family, requiring her daughters to flatter her to win her affection. Threatening her fragile ego are her daughters’ looks. Now the family’s life has been in limbo since the two daughters have been missing for three years. Cass, then 15, and her 17-year-old sister Emma disappeared in the night.

Only one sister resurfaces randomly, with an outlandish story and a plea to help find her sister. According to Cass, a couple took them from a Connecticut beach on Long Island Sound to a remote island off the coast of Maine. The couple kept the sisters captive and after finding out Emma was pregnant, took the baby away from her.

Assigned to investigate the disappearance three years ago are FBI forensic psychologist Abby Winter, who also grew up with a narcissistic mother, and her partner Agent Leo Strauss. Upon Cass’ return, Winter and Strauss must try to coax out of her details necessary to find Emma. Abby Winter and her male partner are desperate to find out what happened and to find Emma before it’s too late.

This narcissistic personality disorder, the kinds of chronic behaviors exhibited by Judy (who Cass, tellingly, thinks of only as Mrs. Martin) damage relationships, pit sisters against one another and result in nearly unimaginable levels of family dysfunction and betrayal.

“I had in the beginning of the book a description of the Greek myth about Narcissus, a hunter who was exceptionally beautiful and proud,” Walker said. “He was so proud that he rejected anyone who tried to love him. This eventually killed him after he fell madly in love with himself and stared at his reflection until he died. I then thought how narcissistic mothers build the façade of protection to protect themselves emotionally. I wanted to show how they lack empathy of others. They don’t care about meeting their child’s needs. It is only about what they want to project to the outside world. They give their children inconsistent messaging. The mother in this story did not have a moral conscience, but lies and manipulates.”

Walker noted, “Cass sees bits of pieces of her mother in Emma. Emma deviated from being vulnerable and ruthless, to desperate and tortured. A narcissistic parent usually chooses one sibling as the target, withdrawing of affection from the other child. The other siblings must deal with neglect parenting. In fact, Cass relied on Emma for parenting, looking up to her and hiding behind her. She had to grow up pretty fast. I would classify her as a survivor. I wrote her as flat, having feelings but unable to express them. This story shows what huge influences parents have on their children.”

By exploring narcissism Wendy Walker delved into the intricacies of family and community and the secrets and lies that surround it. There are many twists and surprises, especially the ending that will spin readers’ head.