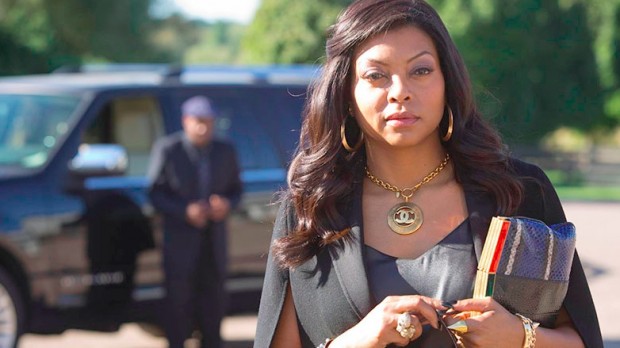 If you are reader of Veteran Fashionista, you know I’m somewhat fascinated with the fashions we see on our favorite shows. I will never forget the various times I was blessed to get exclusive tours of some of the most revered fashion closets, most notably the daytime soap “Y&R” (it was actually more like a warehouse), Elle magazine, or backstage at the BET Awards.

The collaboration will be based on the costumes from their hit show and featured in the windows of several Saks locations (Beverly Hills and New York) and on the retailer’s website. The collection will feature items from Alexis Bittar jewelry, Cushnie et Ochs, shoes by Jimmy Choo — for both men and women. Plus handbags and accessories from MCM.

The concept of retailers embracing television’s impact on fashion isn’t new to Saks because they previously worked with the shows “Scandal” and “Saturday Night Live.” The Limited also offered some fashions inspired by the show “Scandal” and “Y&R” and even created products on “Y&R’s” factious retailer Jabot cosmetics with HSN. And who can forget the lucrative and crazed impact that “Sex in the City” had for Manolo Blahnik’s brand, a shoe line that I’d never heard of prior to watching that show!

Retail giants Bloomingdale’s and Banana Republic also embraced the popularity of AMC’s iconic show “Mad Men” to highlight the work of their brilliant costume designer. I’m also liking the 60s fashions displayed on ABC’s “The Astronauts Wives.” My mom always said that fashion simply repeats itself. I guess she was right about that too! Although the trends are showing a resurgence of 80s inspired shoulder pads — just say no, PLEASE!

At any rate, the Saks’ “Empire” inspired campaign will run from Sept. 10 through Oct. 7, so don’t forget to set your DVRs for the season 2 premier on Wednesday, Sept. 23rd, on Fox.