HBO’s HIS DARK MATERIALS A Look at Season Two 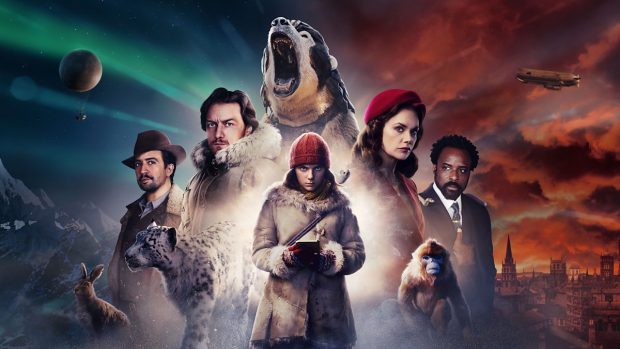 The trailer for Season 2 is amazing but then what else would you expect?

What has meant the most to you about HIS DARK MATERIALS?

Jane: Obviously the most gratifying thing is that the fans of the book have become fans of the television adaptation. It is the thing you kind of dread thinking are they going to like it? Readers of the material have a lot of good things to say. The gratifying thing is how they have embraced what we have done. There was a sense of how is that happening but the fact that Boreal is such a big character in season one and when Boreal is put together with Will Parry and they saw us play out Will’s back story. That was probably one of the most interactive and exciting audience experiences we could hope for. We are very proud. You are all very wonderful.

Jack: The denseness of Philip Pullman’s world is not one thing but instead these things. If you sit and look at your phone and you look up you will have no idea what’s going on. That’s the thing more than anything. This is a show that people can watch with their families. That thing of trying to make sure everything went with it in some degree was tricky but amazing. Phillip was a wonder and trying to do justice by him was one of the hardest things I’ve done in my life but also a wonderful job. We’ve gotten his blessing and he’s been lovely.

Jane: I can say that so spare his blushes, Phillip has reached out to every body. It was actually a gratifying thing to watch his reaction to the show and was very appreciative.

Dafne: Lyra’s emotions in Season Two I feel like when you first meet Lyra that she’s an outgoing person that trusts easily. But when going into season two the only thing that gave her stability was the alethiometer and Roger and now she has lost both and she can trust no one and nothing. Season two she starts out closed in her own shell and Will brings her out and back to Lyra.

Amir: When I knew that Will wasn’t in book one and put Will in season one I wasn’t sure how fans would react to that. When it comes to books and adaptations they want you to stick to the story. It was a little bit of pressure because when you’re bringing to life a character from a book or anyone there is a pressure to make sure you present them as they are in the book but adding a bit of yourself to make it your own. I felt the freedom to do my thing and I hope I did a good job. Meeting Dafne in Madrid and when I got the part and we shared in common that we both moved away from home and talk about how we hate school and stuff like that. They split the room with Dafne on one side.

Dafne: We couldn’t even talk to each other and couldn’t hear each other.

Amir: We went to the park and go for walks and it was nice and fun.

Dafne: He was the only kid that I didn’t meet and I really wanted to get on with him.

Mrs. Coulter is the character of good and evil, how do you see her?

Ruth: The best characters in fiction are ones you never truly understand. I said to Phillip that you never get to know who she is or a struggle to know who she is. She constantly challenges me and the emotions are mixed up moment by moment. This season I get to see her circumstances and get underneath and what she has had to deal with as a woman in a very male world and the sacrifices she made and the costs. Losing her daughter and choosing her daughter mainly. We were given more license to go further and Jack dug into that. It’s a really great angle to look at Mrs. Coulter. She does such horrific things that you have to balance that as to why. By season three we will see her as a completely different person. That was really glorious and its much more about self discover because she’s on her own in season two. Shamefully I had never read the books and had heard about them but I never read them. This was my first introduction when I was reading them with Jane. They are extraordinary books. The more you dig the more you find with a never ending pool of choices and options and the psychology. For an actor it is fun because each character has so many layers. It’s been a joy and I love playing her.

These books are important to you Lin, what is your relationship to them?

Lin: I fell in love with these books around 2005. Most couples when they first meet they have their first date nights etc but we both read the books. My wife Vanessa was a book ahead of me and so we fell in love with that world while falling in love with each other. To be invited by Jane and Jack to see how the sausage gets made and put on the pantaloons is very surreal to be in this world. It’s a joy, it’s like Space Camp for me.

The chemistry between Scoresby and Lyra?

Lin: Dafne and I both speak Spanish and love show tunes so that was a quick foundation for our friendship. I missed her so much in season two because my character was looking for Lyra. We were filming in literally different worlds so I would leave my world and see Lyra’s world. We bonded in the first season and a lot of Lee’s journey feels an incredible sense of feeling she was dealt the worst hand by her parents. My job is to have her back. He does her best to have her back even in absentia.

What is driving Boreal?

Ariyon: His internal drive is ambition. He always felt like he was an outsider and he wants more power and has no sense of feeling and doesn’t care about anyone else. He would step on as many toes as possible. There are a lot of dead bodies behind him. It’s really strange, I’ve never paid a villain ever and the director told me once that I’d make a delightful villain. He told me to never put any emotion on my face and I’ll be a great villain. I really love the books and really wanted the job but I had to be cold and that’s what I did. I didn’t give anything away.

Jane: Jack and I saw his audition and everything he said was true. It was chilling and scary and at that time Jack was still working on how he was going to thread the backstory of Will through the first season. It was one of those amazing things and I’ve never seen before when a writer is looking at the daily’s and watching the whole season come together and see it all come together. It was the power of what Ariyon was doing as Boreal and took it in a great direction.

How did you adjust to coming into this series?

Andrew: It was really exciting and everyone when ballistic about the first season. Hopefully the photo will be not as disappointing. It was really brilliant and I got to work with incredible actors. A lot of my stuff was with Lin and it was a total joy. The relationship with the daemons and I have a relationship with mine and it’s the first time we are revealing this but my daemon will be played by someone who is close to me in real life – Phoebe Walter Bridge. Its all about companionship and loyalty so its wonderful that this is happening.

The new season and did the quarantine affect it at all?

Jane: The good news is that we have managed to keep going because we have the most amazing post production team and we are on course. We had an incredible piece of luck and we were filming when the pandemic hit but our main unit wrapped and we had one stand alone episode that was separate from the others. Jack had written it with the blessing of Phillip Pullman talking about what Lord Asriel was doing because he is talked about and presence felt so we played detective with a subtle knife and found out what he was doing. That mean we could do the post production and put the stand alone episode and maybe some point in the future we can revisit it. We were really lucky.

Jack: There is a beautiful piece in the book that I have dreamt about writing for a very long time. It is heartbreaking and magnificent but there are so many bits. In season one and getting ready to write season two there were things that I could work with the actors that they do. There are lots and it is interesting that the series is all about trust. I think what Phillip has written is a poem all about trust. Its about how characters have to trust again. My favorite moment in season one is one without words for obvious reasons is Mrs. Coulter. That think that we all just trust these people to tell the story with their eyes. They have beautiful faces, all of them.

What is the strangest thing you learned about each other?

Lin: Andrew, you have no idea what it’s like to be trapped in a hot air balloon with him. We got to be very good friends and hang over a lot. I think the thing that we bonded most over is the television show JUDGE JUDY and Mr. Scott is an enormous fan. We spent a lot of time talking about it.

Amir: Me and Dafne watched TOP BOY and I forced her into watching it.

Amir: In set he made everyone say “Boreal, because you’re worth it!”.

Dafne: He made everyone do it!