How to Get the Best Travel Deals in 2015 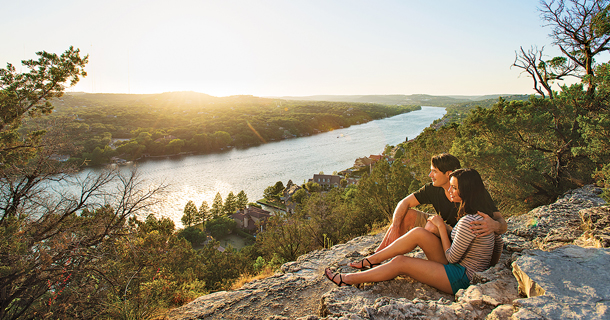 Looking to get more out of your vacation dollar? Before booking, take a cue from the experts.

Each year, Travelzoo predicts where American travelers are likely to find the best bang for their buck. Last year, they correctly forecast how European river cruises would offer tremendous value in 2014.  This year they are highlighting five new destinations, including Texas Hill Country.

“Our 2015 prediction offers an eclectic mix of destinations, but all have a common theme: increased infrastructure and competition, which means deals, deals, deals for the American traveler,” says Gabe Saglie, senior editor for Travelzoo.

From Asia’s tantalizing cities to the vibrant colors of Rio de Janeiro, here is where Travelzoo says Americans can score a terrific deal in the coming year:

The downtown landscapes of Austin and San Antonio are transforming at light-speed as visitors, businesses and new residents continue to flock to the two cities.  To meet this demand, nearly a half-dozen new hotels are set to open in 2015, including properties from JW Marriott, Kimpton and Westin.

Brazil had a great year in 2014 when hosting the World Cup, and the country has more to look forward to when it hosts the 2016 Olympics.  All that investment in infrastructure will put pressure on domestic travel companies to entice international travelers to the region.  Expect to see some great discounts on hotels — including 400 new properties that will be operational before the Olympics. Travelers from Florida can also take advantage of the increased competition generated from new airline routes to Brazil.

China might not seem like an obvious choice for cruising, but Shanghai has poured serious money into cruising infrastructure; including the Wusongkou International Cruise Terminal, which can handle the world’s largest ships.  As a result, cruise lines are adding new ships and itineraries throughout Asia, including China, Indonesia, Japan, Malaysia, Singapore, South Korea, Sri Lanka, the Philippines and Thailand.  Royal Caribbean International is even moving its newest ship, “Quantum of the Seas,” to Shanghai.  As cruise lines compete to fill their cabins, expect to see more deals.

Puerto Rico has long appealed to American travelers: no U.S. passports are required to visit, English is spoken and the U.S. dollar is accepted.  Thanks to new routes and increased services from airports around the U.S. in recent months (from JetBlue, Southwest Airlines and United Airlines), flights to Puerto Rico are now among the cheapest in the Caribbean. Travelzoo anticipates this trend will continue in 2015.

Despite a huge hotel expansion to support the upcoming World Expo in 2020, Dubai experienced its lowest occupancy rate in 18 years this past summer.  Lots of space to fill equates to discounted hotel rooms.  Add to this the fact that Dubai’s new Al Maktoum International Airport is gearing up for a $32 billion expansion over the next decade, and it could mean 2015 is the right time to get ahead of the crowds.

If the experts have it right again this year, Americans will be able to save a small fortune on travel to once-in-a-lifetime destinations in 2015.