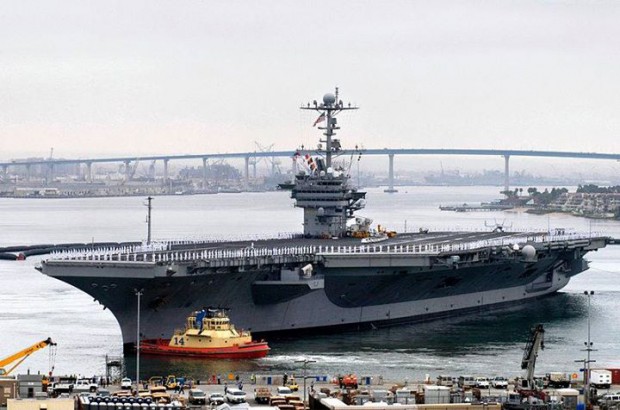 Ronald Reagan (RR) will relieve George Washington (GW) as the Navy’s only forward-deployed aircraft carrier in Yokosuka, Japan, and GW will return to Newport News, Virginia, for a mid-life refueling complex overhaul (RCOH) following a deployment around South America.

“I would like to thank our Sailors and their families,” said Capt. Timothy Kuehhas, GW’s commanding officer. “To ensure the success of this historic hull swap, the Sailors aboard the three ships and their families have had to remain flexible to ensure the Navy’s carrier fleet is manned effectively. Key personnel, especially those related to unique systems, will remain with their ships. For training of new crews, each ship will go through a tailored syllabus following the crew swap.”

RR was one of the first responders during Operation Tomodachi in 2011 after the earthquake and tsunami, establishing a strong tie between the ship and the community of Japan. In addition, RR recently completed a maintenance period where it had many of its systems upgraded.

“Our relationship with Japan is vital to U.S. national security interests abroad,” said Kuehhas. “Providing USS Ronald Reagan forward in Japan ensures the United States is best positioned to honor our security commitment to Japan. Our forward-deployed naval forces in U.S. 7th Fleet, along with their counterparts in the Japan Self-Defense Forces, comprise the core capabilities needed by the alliance to meet our common strategic objectives.”

Following the turnover and personnel swap between RR and GW, RR will conduct a flight deck certification and tailor the ship’s training availability before departing the Southern California operating area to proceed to the U.S. 7th Fleet area of responsibility.

USS George Washington has been forward deployed in the U.S. 7th Fleet area of responsibility since August 2008, and is returning to Newport News to undergo its RCOH. Maintenance efforts will include: refueling the ship’s two nuclear reactors, modernization and repairs to the propulsion plant, restoring ship service life margins, and system/equipment repair and/or replacement, as well as war-fighting modernization.