Poker terminology: Fun phrases and quotes from the game 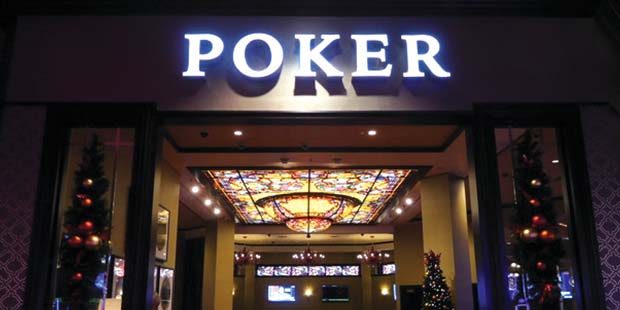 Readers of my column know that I have a love of poker, and considering the colorful characters playing the game, it’s not surprising that some wonderful phrases and quips have evolved. Here are a few.

Big Slick — Another name for A-K in the hole.

Belly Buster — Drawing to an inside straight.

Card Dead — When a player is dealt lousy hands for what feels like forever (it usually isn’t).

Cooler — When an incredibly high hand, e.g., full house, is beaten by a higher hand.

Cutoff — Position at the table immediately to the right of the dealer.

Deadman’s Hand — Wild Bill Hickcock held aces and eights when he was shot in the back and killed by Jack McCall.

Doyle Brunson hand — The poker legend won back-to-back world championship tournaments on the final hand with 10-2 off suit as his hole cards.

Drawing Dead — When a player cannot win, regardless of the remaining cards dealt.

Hijack — Position immediately to the right of the cutoff.

On the Button — The dealer’s position, last to act on the first round and then first to act after that.

Slow Roll — Not showing or declaring a winning hand quickly when the betting is over. It’s lousy table etiquette.

Steaming or on Tilt — Playing poorly after a bad beat or a series of consecutive losing hands.

And some worthwhile quotes:

“If, after the first 20 minutes, you don’t know who the sucker at the table is, it’s you.” — David Levien and Brian Koppelman, “Rounders”

“I must complain the cards are ill shuffled till I have a good hand.” — Jonathan Swift

“Last year people won more than $1 billion dollars playing poker. And casinos made $27 billion just by being around those people.” — Samantha Bee.

“There are three ways to play pocket Jacks. All are wrong.”

“If there weren’t luck involved, I would win every time.” — Phil Helmuth.

These phrases, quips, and much more can be found in the free app Omaha Tutorial/Poker Resorts in the iTunes store.

Thanks to QuoteGarden, Pinterest and Brainy Quote for some of the above quotes.