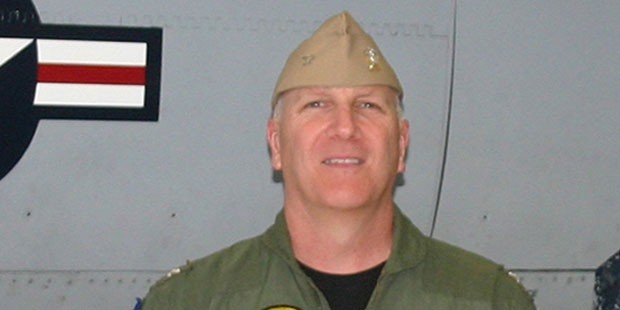 Capt. Scott “Fish” Fisher from San Diego, turned over his role as commanding officer of the U.S. Navy’s Air Test and Evaluation Squadron (VX-9), nicknamed “Vampires”, at a change of command ceremony July 31.

The airborne change of command ceremony took place near Naval Air Warfare Center Weapons Division China Lake, Calif., where Fisher passed command of the squadron onto Capt. Gordon “Gordo” Cross. As commanding officer of VX-9 Fisher was responsible for directing the efforts of more than 400 Sailors, Marines and civilians. The “Vampires” test and evaluate weapon systems for the Navy and its air defense mission. The squadron has recently completed tests for the AIM-120D Advanced Air-to-Air Missile, Advanced Anit-Radiation Ground Missile, and software updates for the F/A-18 Super Hornet, EA-18G Growler, EA-6B Prowler, and H-1 helicopters. Commanding VX-9 is Fisher’s last tour with the Navy, retiring after 26 years of naval service.

“Why Being There Matters”
On our planet, more than 70 percent of which is covered by water, being there means having the ability to act from the sea. The Navy is uniquely positioned to be there; the world’s oceans give the Navy the power to protect America’s interests anywhere, and at any time. Your Navy protects and defends America on the world’s oceans. Navy ships, submarines, aircraft and, most importantly, tens of thousands of America’s finest young men and women are deployed around the world doing just that. They are there now. They will be there when we are sleeping tonight. They will be there every Saturday, Sunday and holiday this year. They are there around the clock, far from our shores, defending America at all times.