Sunrise by Susan May Warren brings to life the Alaskan wilderness in an action-packed story. 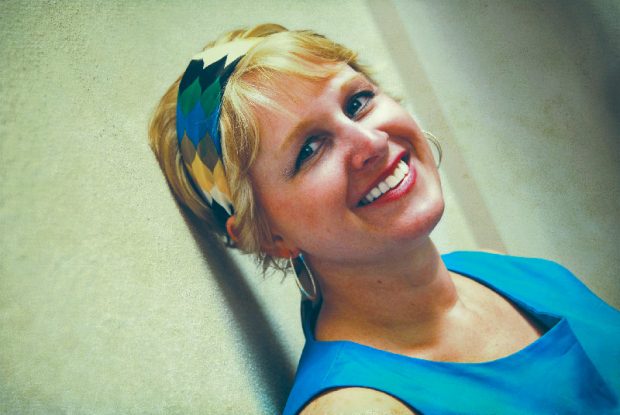 There is romance, wildlife, suspense, family, and adventure.

The story opens with Dodge Kingston, a former Air Force chopper pilot coming home to help his dad who was in a plane accident. He plans on helping his father out with both the ranch and the pilot business. But in coming home he must also come to grips with his childhood best friend and former girlfriend, Echo Yazzie.

Dodge and Echo went from best buddies to wannabe lovers to frenemies, although she is hoping to have him forgive her. Ten years ago, Dodge had proposed marriage to her and after she said no, she was found kissing his brother. He badly beat up his brother, had his father take his brother’s side, and was put in jail until charges were dropped. Feeling betrayed by his family and Echo, he joined the Air Force. Now ten years later, after returning to help his father out, he is trying to understand why Echo reacted that way. Echo said no because she has abandonment issues after her mother left her and her father behind.

Readers will feel as if they are in the Alaskan wilderness. The author’s descriptions are so incredibly vivid. People can feel the cold and see the beautiful vistas in the scenes of the book. The dog sleds, the plane rescues, the cabins, the grizzlies, all seem so real along with the freezing weather.

This plot has so many twists and thrills readers heads will turn. The rugged Alaskan wilderness makes the perfect backdrop for the story. A bonus is the theme of forgiveness, redemption and letting go of hurt and resentment.

Elise Cooper: Idea for the story?

Susan May Warren: I had a previous series set in Alaska. There was this ranch, Sky King Ranch and the main character of those books was the daughter of the rancher. I mentioned in her backstory that she had three brothers’ triplets, that were in all branches of the military. I decided to write this series about the three brothers. They are fractured and throughout the series readers will find more about that along with how they will come back together.

EC: Why the military angle?

SMW: My son is in the military and my husband was in the military. My son has been in the Navy for seven years, and my husband retired from the Army after four years. I wanted to give a shout out to each branch of the military, so each brother is in a different branch. Each branch has a different flavor and personality, along with each brother who has different reason why they joined, different specialty, and their influences of their service time. The military helps to create each character. Dodge was an Air Force chopper pilot, Ranger is a SEAL, and Colt is a Ranger. The sister from the other series was a medic in the Army.

EC: Was Alaska like a character in the story?

SMW: For sure. I love settings that create and add another layer of intrigue. With terrain, weather, landscapes, and animals it adds to the intensity. I researched all the different type of personalities that live there. In the book I mentioned Seasonal Affective Disorder. People get very discouraged and depressed because of the lack of sunlight. In Alaska from October to April it is very dark. Cabin fever is a part of it. People mentally struggle with the darkness and the cold.

EC: How would you describe Echo?

SMW: She has embraced Alaska since she grew up there. Her parents lived off the land, very self-sufficient. They grow their own food, they fish, and they chop wood for fires. She runs a dogsled as a wildlife guide for researchers. Confident, vulnerable, a survivor. She is very loyal, fearless, courageous, and adventurous. Because her mom left when she was young, she has abandonment issues.

EC: How would you describe Dodge?

SMW: Of the triplets he was born first, which makes him the oldest. He is a Bush pilot and a planner. After his desires were derailed, he went into the Air Force and now has a job for a Search and Rescue service. He returns home after his father was injured. Stubborn, determined, strong, bossy, and honest. He has father issues because he feels betrayed by his father who sided with his brother in the family issue. He is angry at his dad and Echo, plus has issues with how life happened.

EC: The relationship between Dodge and Echo?

SMW: Broken but the spark is still there. One hurt the other deeply. When they set things aside, they are a good team. Both are independent, but now must trust each other and work together again. They both built walls. Dodge is denying his feelings because of this hurt. He wants to be detached but realizes he must let go of the past.

SMW: There is a big bear population in Alaska. Echo’s family are foster bear rehabilitators. When there is an animal injured the cubs are taken in. Echo and her dad raised two bears, Elsa, and George, after their mother was killed. They also participated in the study program. In this story there is a rogue bear that causes problems. I have a scene in this story that emphasizes how bears can be trained, how they know people, and recognize people. They will respond to their trainers.

SMW: They both lost their wives, Echo’s dad had his wife leaving them, and Dodge’s dad had her die. They both suffered in their own way. Barry, Dodge’s father carried on and put his life back together. Charlie, Echo’s dad, had his heart broken by his wife, but he was always there for his daughter. I think Charlie did a better job raising Echo then Barry did with his children. Echo knows how to survive. Barry is tough, strong, honest, and strict. Charlie is more empathetic and protective. He struggles with his emotions a lot. Charlies’ guiding principal is to do what is right by his daughter, Echo.

EC: There is a quote in this book that reminds me of Yoda’s comments about anger?

SMW: You are referring to this, “Anger is like a virus. It steals hope, tells you lies, makes you vulnerable to more anger…But forgiveness is the cure.” I love this quote. Anger distorts people’s perspective. In Dodge’s case after his betrayal, he tried to convince himself that Echo never loved him. He lashed out and said things he did not mean. Forgiveness means releasing that anger and embracing the truth.

EC: The next book?

SMW: It is titled Sunburst about the brother Ranger. He and Dodge work together to rescue their younger brother Colt. It is set in Nigeria and Alaska. This is more of an international plot. It comes out about the end of May.