Survivor of Parents Killed in Military Service Helps Other Survivors 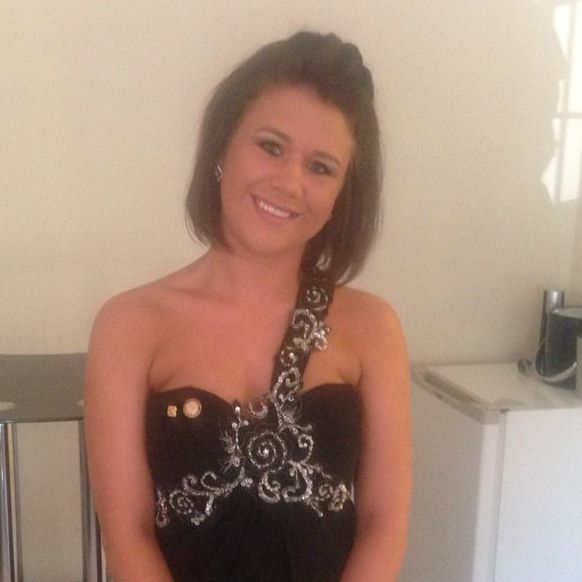 After tragically losing both parents to military service and struggling to finance her college education, Ashlynne Haycock had every right to ask other people for help. But instead, this remarkable young lady was inspired to work with Tragedy Assistance Program for Survivors (TAPS) to create an innovative web portal that connects other survivors of those killed in action with support and financial assistance.

Ashlynne is a living example of how to move forward in the face of even the most extreme hardship and use it for inspiration to make the world a better place. She overcame the unspeakable loss of both parents with support from TAPS. “Knowing that there were people there to help me deal with it made me really want to have the opportunity to do the same for others,” she said.

Her father passed while training for Army deployment when Ashlynne was ten years old, and she had some great experiences attending the TAPS Good Greif camp growing up. Even at a young age, Ashlynne showed tremendous strength by refusing to be crippled by her grief. Motivated to make a difference in the lives of others, after attending as a camper she returned to the TAPS camp as a counselor.

As a young woman still coping with the death of her father, Ashlynne was struck with yet another heartbreak when she lost her Air Force Veteran mother to suicide the final week of her sophomore year of college at American University in Washington, D.C. Her U.S. Department of Veterans Affairs scholarship did not come close to covering her out-of-state tuition, no federal aid was available because of her newly independent filing status, and she could not secure any private loans without a co-signer.

“I had no idea there were any scholarships available for me. I thought I was completely on my own,” said Haycock. Left as a grieving nineteen-year-old student with no way to pay for her education, Ashlynne remained steadfast in moving forward with her dream of graduating college when many would be tempted to give up.

She reached out to Bonnie Carroll, President of TAPS, who provided valuable support during her time of grief and connected her with the Children of Fallen Patriots Foundation. The organization paid off Ashlynne’s student debt and covered the remaining cost of her education and living expenses while in college.

Throughout her life, Ashlynne has refused to allow the pain associated with the deaths of her parents to destroy her innate passion for lending a hand to others. She was once again inspired to make a difference when she realized that other survivors must also be experiencing difficulty in identifying and applying for VA scholarships and locating information about other organizations that provide aid. A conversation with Bonnie just before graduation sparked the idea to provide a website for survivors to easily locate benefits for which they are eligible, as they were shocked that no such resource existed.

Upon graduation in August 2013, TAPS hired Ashlynne to the newly created position of Education Support Services Coordinator to research and organize available sources of aid. With the loss of her mother still fresh in her mind, she found the tenacity to stay focused on her mission and sort through the many laws and organizations providing aid to survivors of fallen service members. She worked full time to put together a comprehensive database of nearly 100 scholarships available for survivors of parents killed in action. Additionally, she found that 44 states offer in-state tuition waivers. Although it is estimated that there are hundreds of millions of dollars in unused scholarships for surviving military families, many individuals struggle to find and apply for the best scholarships available to them.

As a solution, Ashlynne envisioned an all-inclusive online information source for those who have lost loved ones to military service, where survivors could easily locate and apply for benefits. Her goal is to make it easy for students to start early in searching for scholarships so they can focus on college applications and selecting a school, rather than questioning whether they will even have the money to attend college.

In order to make this into a reality, Bonnie Carroll called Robert Grey, owner of IntelliDyne LLC, who was immediately willing to assist with the project. Four IntelliDyne employees volunteered as project managers, and they brought on an expert web developer to handle the technical aspects of adding this brand new section to the TAPS website, which is scheduled to launch by the end of June. “It’s awesome that IntelliDyne stepped up and did this for us,” said Haycock.

Users will answer a series of questions to find scholarships that cater to their unique situations. For example, a student whose father was killed in active Army duty, residing in Texas, and wanting to attend undergraduate school in Colorado could easily locate scholarships pertaining to that specific situation with just a few clicks. Once this process is complete, users can, at their discretion, send this information to a TAPS counselor for a follow-up.

“It’s a complicated process,” said Ashlynne, “We can help them with the application process, answer any questions they have, make sure they get connected to the scholarship, and know the application deadlines.” Looking ahead, she hopes that gathering this information will also allow TAPS to identify unfulfilled needs of relatives of fallen service members, allowing them to work with other organizations to create new scholarships and forms of aid.