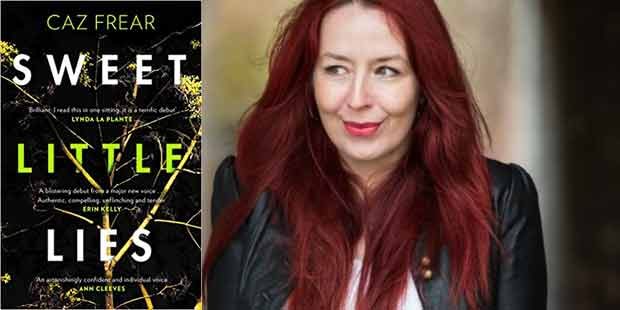 “Sweet Little Lies” by Caz Frear is a police procedural that overlaps with the psychological thriller genre. This story follows Met detective Cat Kinsella, who is investigating why and how Alice’s body is found close to her father’s pub.

Frear never had any police experience.

“However, a friend put me in touch with a great police officer who has been invaluable,” the author said. “He keeps me on the straight and narrow when it comes to procedure. I wouldn’t say I’m an absolute slave to accuracy when it comes to procedure, but when writing a page-turner, I simply can’t wait a week to get a DNA test result back. But it does need to feel authentic.”

Cat’s troubled past comes into play as it becomes obvious that Alice was murdered and it is related to another woman vanishing 18 years earlier. She wonders if her dad had something to do with Maryanne’s disappearance.

Memories flood Cat, as a child of 8 on a vacation in Ireland she had to deal with why Maryanne had gone missing and her dad’s denial of ever knowing the 17-year-old girl, creating tension between Cat and her father. She is wondering if her father could have murdered both Maryanne and Alice. Through her investigation, she confronts secrets about the women, her father, and her family life.

Cat is a tough, but damaged, female protagonist who has become very cynical. She is strong, smart, loyal and brave — but also funny and kind. Readers can easily identify and relate with her. Because of her desire to over-empathize with the victims, her supervising officer requires that she continue with her department-mandated therapy. But she finds that the discussion often leads to issues mostly connected to her father and past events.

“I hope readers are invested in my character Cat,” Frear said. “I know I am attached to her. Cat is flawed, a bit overweight, and down on herself. I do not consider her a superhero, but just a detective trying to do her job. I’d describe Cat as an everywoman. She has some really big issues that she’s dealing with but she tries to get along with people and she wants to be liked as well as respected. There’s an element of her that is still that eight-year-old girl in Ireland who has just found out that the world isn’t a safe place.”

This debut novel delves into dark family secrets full of lies and revelations. It is interesting how Frear combines the two genres to write a gripping story.