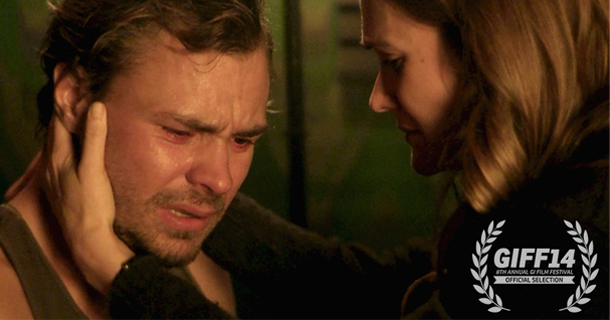 Present Trauma is a psychological drama about Keith, a Marine veteran struggling to cope with family life after a combat tour overseas. When Keith decides to take in a stray dog, a unique bond forms between the two which ends up changing Keith’s life in away that he and his family never expected.

Mark D. Manalo is an award-winning LA-based writer-director. He was born in Jersey City, New Jersey and spent most of his life in Trenton where he received his B.A. in Film Production and History from The College of New Jersey. Mark was accepted into the prestigious graduate film program at USC’s School of Cinematic Arts in 2010. While at USC, Mark focused on developing his longtime desire to direct films and television shows.

His film “Present Trauma” won the Grand Jury Award at the International Student Film Festival of Hollywood and has played at the prestigious Santa Barbara International Film Festival, among several other noted festivals. Mark also directed a short film “No Child Left Deprived” based on his experiences as an inner-city school teacher. The film went on to receive 1st Place for Narrative at the MyHero International Film Festival as well as a Finalist Award in the PovertyCure Film Fesitval in NYC. In addition, a film that Mark co-edited called “A Second Chance” won the Gold at the Student Academy Awards in April of 2013. Mark was then invited by the Director’s Guild of America to take part in their Asian American Directing Mentorship program learning from the best and brightest Asian American directors in the business.

Mark graduated in 2013, and he is currently pursuing his dream of writing and directing feature films and television shows. He is most interested in drama and comedy projects ranging from small character-driven pieces to large scale historical epics. Mark wants to make compelling and emotionally-engaging films that reach audiences around the world.