‘The Storm Over Paris’ 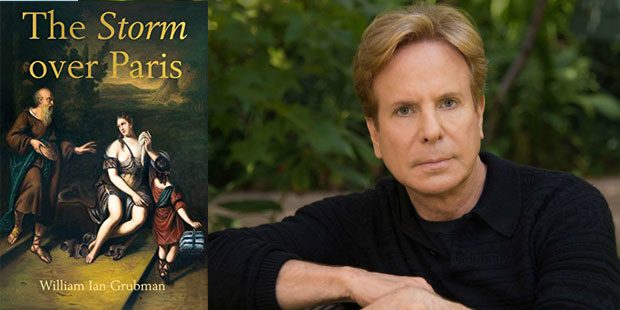 “The Storm Over Paris,” by William I. Grubman, takes place in Nazi-occupied France during 1942.  It paints a vivid picture of Jewish life under Nazi rule. The story centers around the stealing of art from Jewish collectors.

Maurice, known as Mori Rothstein, is an art dealer who Hermann Goering, head of the Gestapo, commands to evaluate a huge selection of paintings in the Nazi-occupied Jeu de Paume Museum. Given the choice of appraising priceless pieces of art or having he and his family deported, he chooses the former. Allowed to work in his own gallery, the paintings are delivered to him daily. He realizes they once belonged to his clients, Jews who have disappeared. Adolf Hitler is eager to open a museum in Austria that will feature the most renowned works of classical art, and Goering makes it clear that Mori has no choice but to cooperate with him on the project. Neither free nor a true prisoner, Mori sets about staying on the Nazis’ “good” side, in order to save priceless art and his family.

“I had this philosophical conversation with my adult son,” Grubman said. “He said that perception can be deceiving.  He showed me a photograph and had his finger over this adult face surrounded by happy children. Then he removed his finger and the face was of Adolf Hitler.  With Goering, I tried to separate the Nazi from the person.  I decided not to focus on the brutality of Goering.  Instead of the beast I wanted to expose the man and create a relationship between him and Mori since Goering was a major collector.  I am certain that much of the art stolen in France went into his pocket.”

This suspenseful tale highlights the jeopardy, fear, and courage of the Rothstein family. In order to preserve the precious artwork and keep it out of the Nazi’s hands he concocts a plan to have his talented son, Ėmile, make copies of some of the precious masterpieces in his care. This includes a forged Da Vinci sketch to offer to Goering for his other son’s release, who was picked up by the French police and the Nazi soldiers as part of the roundup of thousands of Jews.

The novel can be considered more of an alternative history. The Nazis were portrayed on some occasions as being atypically human. It might have been better had Grubman made up a Nazi general instead of using the real people. There is even a scene in the book where Mori is invited to attend a Nazi gala party, allowed to move freely among the leaders.

If readers are willing to put aside the disbelief that Goering could actually have some humanity they can find this story interesting and compelling.  It has a nice change of pace by having the Jewish family eventually outwitting the Nazi leaders