USNS Lewis B. Puller to be Christened 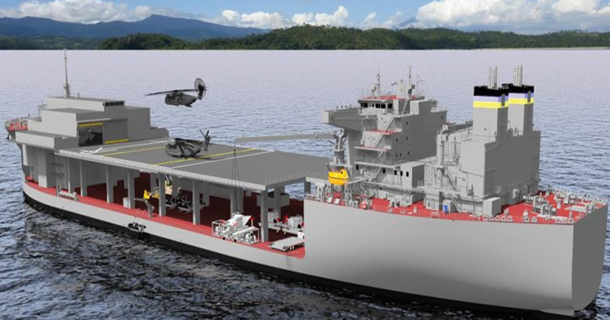 WHAT: Special event to christen The USNS Lewis B. Puller (MLP 3 AFSB). The event is free and open to the public.

WHO:  Speaking at the ceremony will be:

Mrs. Martha Puller Downs, daughter of the late General Lewis B. Puller, will do a traditional champagne bottle break against the ship’s hull as the ship’s sponsor to officially christen the ship.

SPECIAL INSTRUCTIONS:   For security reasons, all media must RSVP to staci.ignell@nassco.com by Tuesday, February 3 at 12 noon in order to attend. Media must enter through NASSCO’s Gate 2, south of 28th Street and north of Naval Air Station San Diego, on Harbor Drive (see attached map). Media must arrive by 9 a.m. to allow time to set up on media platform.

BACKGROUND:    Named in honor of Lieutenant General Lewis B. Puller, the most decorated Marine in history and the only one to be awarded five Navy Crosses. The USNSLewis B. Puller is the third ship of the Mobile Landing Platform (MLP) class—and the first of the MLP class to be configured as an Afloat Forward Staging Base (AFSB). The newly-designed AFSB adds a flight deck, berthing, fuel and equipment storage, repair spaces, and accommodations for up to 250 personnel. The MLP AFSB is capable of supporting missions including counter-piracy operations, maritime security operations, humanitarian aid and disaster relief missions and Marine Corps crisis response.

General Dynamics NASSCO is the only major shipyard on the West Coast of the United States conducting new construction and repair. For more information, visit www.nassco.com.