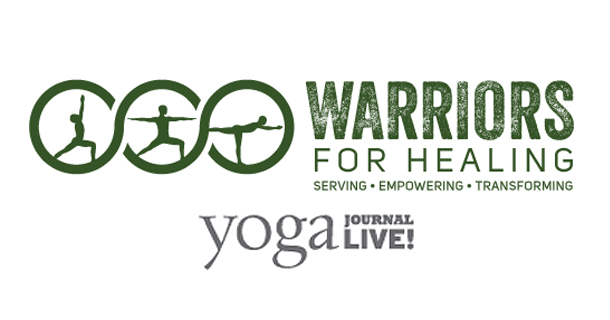 Along with the more than 200,000 American military veterans with PTSD, an alarming number commit suicide every day. Active duty suicides in the military have jumped by 30 percent since 2008. Levels of domestic violence are at record levels, as is drug abuse, alcoholism, homelessness and the incarceration of veterans.

The goal of the Warriors for Healing (W4H) event is to further the foundational partners efforts to bring as many veterans as possible to heal the seen and unseen stressors of military and combat life. Ultimately, Warriors for Healing’s intention is to assist them in moving beyond healing to find a new mission in their lives filled with value and meaning.

Founded by former NBC news war correspondent Bhava Ram, W4H is a direct reflection of his journey to healing and wholeness. A broken back and failed surgery ended Ram’s career in the prime of his life. He was in constant physical pain, heavily medicated, confined to a body brace and facing PTSD. Then came a diagnosis of stage four cancer from toxins in the Gulf War, and the medical prognosis that survival was not possible. Through the sciences of yoga, Ram healed himself. He now devotes his life to helping others reclaim their inherent power to achieve profound self-healing, overcome life’s greatest challenges, find their authentic voices, and manifest their fullest potential.

“In working with veterans and others impacted by major life trauma, I have seen the deeper practices of yoga provide them a way out of being hyper-vigilant and easily triggered,” said founder and executive director of Warriors for Healing, Bhava Ram. Yoga provides tremendous stress release, inner calmness and clarity, and not only promotes healing, but can lead to profound personal transformation, a sense of whole and the establishment of a new mission in life.”

On June 28, 2015, at the historic Hotel Del Coronado, Bhava Ram will lead the W4H Premiere Event during the annual Yoga Journal Live Conference. W4H will honor veterans, supporters who have joined this national movement of selfless service, and Yoga Journal Live conference participants, all joining together to celebrate the heroes who have served our country. The 90-minute event includes special guests, live music, yoga practice, celebration of selfless service, and honoring our country’s heroes. This W4H Event will be live-streamed to supporters nationwide. All proceeds raised through sponsorships and donations to our W4H Event Teams go to support programs that serve veterans through Give Back Yoga Foundation and the Connected Warriors Foundation.

Fundraising efforts for the W4H Event are underway and run through June 15, 2015. Every $100 raised will provide one veteran with guides and tools to combat PTSD, while every $250 donation provides guides and tools to combat PTSD and “funds a mat” for a veteran at the Yoga Journal Live event. Warriors for Healing currently has over 30 teams participating and top fundraisers are working diligently to close in on their overall funding goal. In conjunction with their fundraising efforts they have also launched a scholarship program specifically for veterans, active duty and guards/reserves and applications are now being accepted.

For more information on donating, please visit the “How To Get Involved” page.