Women in combat: As the U.S. catches up, questions remain 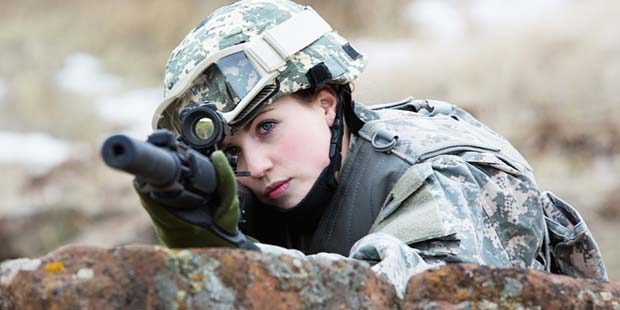 As the U.S. moves to open up combat positions to women, it’s catching up with other countries that have been doing it for years.

But the experience and in these countries including Russia, North Korea, South Korea, Canada, Australia, France, Israel and more suggests that access to combat jobs doesn’t lead directly to equal treatment within the ranks.

In Israel, most men and women perform compulsory military service. The Israel Defense Force plays a number of roles that go far beyond just defending the country.

Traditions break down fast during times of war. History is full of examples where women assumed dramatic new roles that never would have been possible in times of peace. The pressing demands of World War II had many countries call on women to bolster their forces in jobs ranging from nurses to front-line soldiers.

Hundreds of thousands of American women served in the U.S. military during that war, and U.S. women were allowed to fly military aircraft for the first time. Some countries desperate for fighters like the Soviet Union put women in combat roles.

When wars end, old rules can often return. The U.S. Congress mandated in 1948 that women should be limited to 2 percent of the force. Women have managed to steadily expand their roles in the military since then, and they now make up 15 percent of the U.S. military.

But they were barred from combat positions until Defense Secretary Leon Panetta announced that we were ending that policy. The U.S. has plenty of examples to learn from. Many European countries along with Canada and Israel have permitted women in combat roles for years, citing gender equality. Some communist countries also turn to female soldiers for reasons of ideology or propaganda.

The Center for Military Readiness, an organization that seeks to limit women’s participation in the military, stated that “Female soldiers are, on average, shorter and smaller than men, with 45–50 percent less upper body strength and 25–30 percent less aerobic capacity, which is essential for endurance.”

Motherhood accounts for 50 percent of hospitalizations among active-duty female troops.

One significant female contribution was recognized on June 16, 2005, when Sgt. Ann Hester was awarded the Silver Star for action during a firefight that took place outside Baghdad. This was the first All-Star in U.S. military history awarded to a woman.

A 2014–2015 experiment by the Marine Corps with a gender–integrated combat union found that women were twice as likely to suffer injuries significant enough to remove them from duty, and that women’s shooting accuracy was much less than that of men in simulated combat situations. Female soldiers were also found to have lower performance in the basic combat tasks like negotiating obstacles and removing wounded troops from the battlefield.

When men and women live in the same barracks, with showers just down the hall, in the same mess halls, train together, work long hours and spend off duty hours together — and frequently share off-post housing as well — they are bound to find the time to have sex. This has been, and will continue to be, a major problem. The regulations are routinely violated, and everyone in the Army knows this!

Finally, there is the argument that by not incorporating women into combat, the American government is failing to tap into another source of soldiers for military combat operations. This argument claims that the government is creating a military that treats women as second-class citizens and not equals of men!