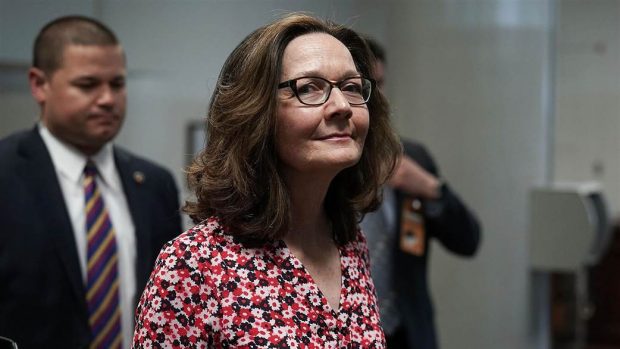 Those against Gina Haspel being confirmed as director of the CIA utter the word “torturer,” yet refuse to say “Islamist Jihadist.” They have a problem with her involvement in the enhanced interrogation program but are willing to overlook the fact that she has been acting director ever since Mike Pompeo was confirmed as secretary of state.

If she is so horrible, how could they let her be in that position even for a day? The answer, according to 9/11 families: She was the shield that kept Americans safe during the turbulent times right after Sept. 11, 2001.

David Beamer lost his son, Todd, after United Flight 93 crashed into the Pennsylvania countryside. He expressed the sentiment of all the other 9/11 families interviewed, supporting Gina Haspel as CIA director.

“She has given the prime years of her life in service to protect us,” he said. “Her performance, intellect, dedication and skills have been recognized in many assignments.”

His answer to those who criticize the enhanced interrogation program: “Unlike my son, none of the enemy died during interrogation. The plans that they executed caused the death of many free and innocent people, just as they intended, as much collateral damage as possible that was their objective. If some uncomfortable questioning leads to uncovering further attacks and lives saved, so be it.”

“Our beautiful, vibrant, loving Andrea was subjected to torture,” Haberman said. “She was alive after the building was hit and then brutalized in a desperate attempt to escape the inferno. She was then ripped apart as she died. It haunts me till this day. I only hope she was dead before being dismembered in this manner. In 17 years, they have recovered and identified 11 pieces of her. Do I worry about how those who perpetrated this act were treated after being caught alive and are still alive? No.”

All those interviewed cannot understand why senators are so concerned about Haspel’s role in the rendition, detention and interrogation programs (RDI). The families insist that those like Haspel helped to keep other Americans from horrifically suffering what they had to endure.

“Gina Haspel has served our nation with honor for 30 years,” he said. “The EIT Program saved American lives. She deserves our thanks rather than be smeared by those with short memories. Al-Qaida ruthlessly slaughtered 3,000 men, women and children on 9/11. The implementation of the Enhanced Interrogation Program was not Gina Haspel’s decision; it was the president’s decision after Haspel’s seniors at the CIA recommended its approval. It had been cleared by the Office of Legal Counsel and briefed to majority and minority leaders of Congress, to include the ranking member of the House Intelligence Committee, Nancy Pelosi.”

Debra Burlingame, the sister of the pilot whose plane was flown into the Pentagon, thinks Gina Haspel is being unfairly blamed by some senators. Especially since the RDI program was widely accepted by those on the intelligence committees. Interestingly, the criticism started when it was politically convenient.

“Sen. Jay Rockefeller, the Democratic chair of the Intelligence Committee, was read into the program and never objected,” she said. “Many do not know that he supposedly, emphasis on the supposedly, wrote a letter showing he had misgivings about the program. How convenient that he dragged it out years later after it was acceptable to criticize the CIA. What a weasel thing to do. The senators then and now understand that the CIA had to get the intelligence quickly, especially after it was confirmed that a second wave of attacks was planned. The RDI program, of which Gina Haspel was a part of, worked.”

To prove her point, she emphasized Americans should reference the 2009 federal trial of Ahmed Ghailani, a senior al-Qaida figure who after capture was brought into the RDI program. At the beginning of the trial, the Justice Department of Attorney General Eric Holder and President Obama had to write a brief. In it was a defense of the RDI program. The language used included that the program saved lives and that actionable intelligence was obtained. This proves that Haspel was on the right side, the side to save American lives.

She noted, “I am not speaking out for my brother. He is gone and I will never get him back. I am doing it for my fellow American’s brothers. This is about the future, protecting our country from people who are cunning, intelligent, patient and relentless. I don’t see how these current Senators can look at their children/grand-children and vote against her.”

Alice Hoagland, who lost a son, Mark, on United Flight 93, wonders why some Americans seem “to favor terrorists over the victims of terror.”

“Since I live in one of the most politically liberal areas of the United States, I have met quite a number of such Americans over these past 16 years, some who I once considered friends,” she said. “Like most who lost loved ones on 9/11, I have endured castigation in print, on the air and in face-to-face encounters from those who flatter themselves that they occupy the moral high ground. Rejection is the price we pay for holding views which conflict with those of the entrenched liberal majority.”

If Haspel, one of the most qualified and capable people ever nominated for CIA director, is not confirmed, it is because some senators are more concerned with their political aspirations than keeping Americans safe.

Beamer expressed the sentiment of many

“It is likely that the hearings to consider Gina Haspel for this most strategic position will be marked by partisan attacks, dirt digging and grandstanding,” he said. “Sad that while most can spell civility, few can practice it. Most of the critics have never been willing to be in harm’s way, to serve and protect our way of life. Most would not agree to put ‘their sacrifice where their mouth is.’”

Burlingame summarized it best when she said, “Bipartisan leaders of the intelligence community as well as those currently working at the CIA describe her as being widely respected. All Americans should consider Haspel a hero who we owe a tremendous debt of gratitude. If she is not confirmed then no one should be confirmed.”