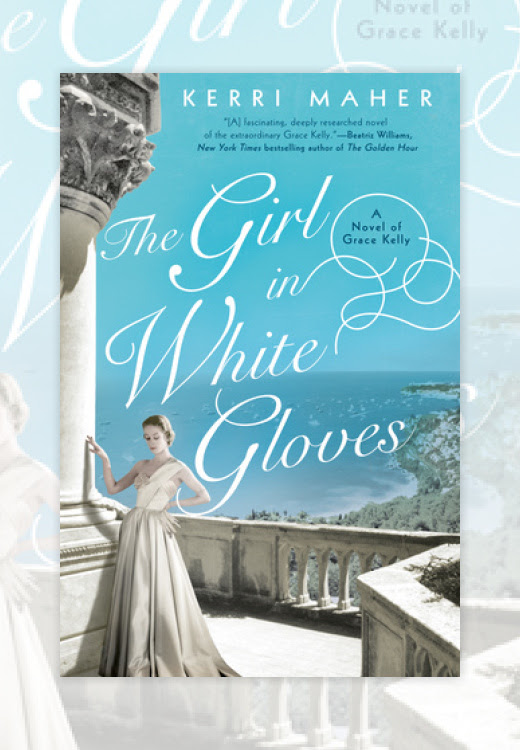 The Girl in White Gloves

The Girl in White Gloves by Kerri Maher reads more like a biography than a fictional story. It delves into the life of Grace Kelly, an iconic actress of her time, who became a princess.  Readers get a glimpse into her childhood dreams, her rise to fame, and her eventual royal life as Princess of Monaco.

Born into a wealthy family, Grace was encouraged to achieve success in the things that mattered to her parents: athletics and social status. Eventually, she followed the call to Hollywood and just as her star seemed to have risen, she walked away to marry a real-life prince.  Her life was snuffed out in middle age, but readers are able to take a journey with her, filled with love affairs, fame, sacrifices and heartaches.

The author noted, “The scene with Josephine Baker is true. After she and her twelve children lost their home in Dordogne she gave them a home near Monaco, a villa in Roquebrun, just up the hill from Larvotto. The wedding also happened as I wrote it. Also true is that her father and brother were Olympic rowers, she won an Academy Award that was not a Hitchcock film, and she almost got engaged to fashion designer Oleg Cassini.  But regarding her thoughts and conversations, as a novelist I had to imagine what she thought, felt, and even had done because so much of her life was unrecorded.”

Once becoming a Princess, her independence was snatched away.  It seems that Prince Rainier was arrogant, patronizing, without much passion, and a chauvinist.  Book quotes show that she had to bite her lip and watch her words, “Does he listen to you when you want different things? Or “Grace felt exhausted from the effort of constantly trying to figure out which choice was less likely to anger Rainier.” Grace Kelly sacrificed by giving up any hope of ever living a life true to herself outside of her husband’s whim and demands.

I wrote how their marriage was super complicated.  They never separated or filed for divorce, but toward the end it seemed they were leading different lives.  Both wanted the best for their children who were the glue that held them together. She prioritized people over ambition. A number of sources talked about his temper.  I do not know what form it took.  It seems she did not want to make him mad.  Of course, she had some practice growing up by trying not to make her father angry either.”

The story is told, alternating between Grace’s years as an actress, and her years as Princess of Monaco. It is fascinating to read the numerous personal aspects of her life: marriage, Hollywood actress, relationships with friends, family, and her love, joys and desires.