Christmas on the front 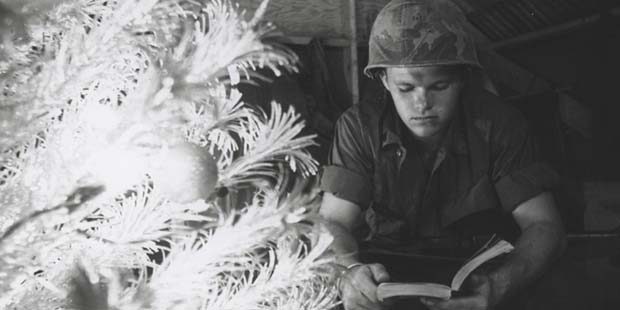 Through the decades, the American military gets in the holiday spirit, even amid the chaos of war. 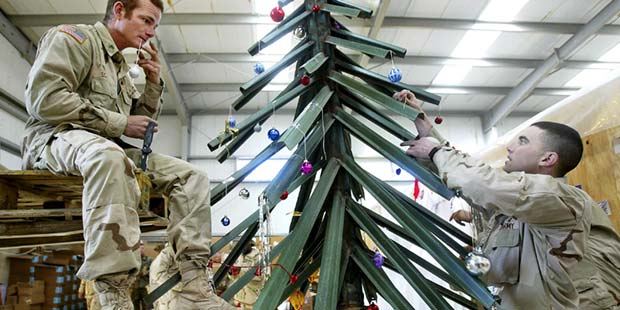 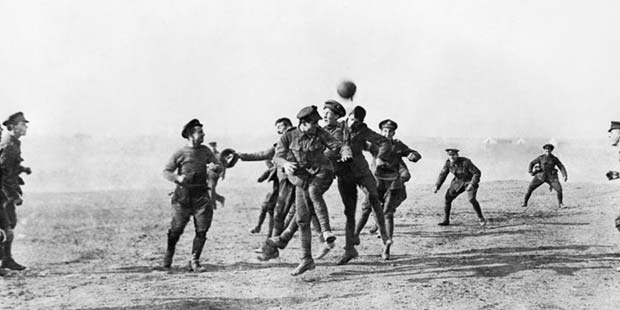 Allied and German troops play soccer during the 1914 Christmas Truce of World War I. 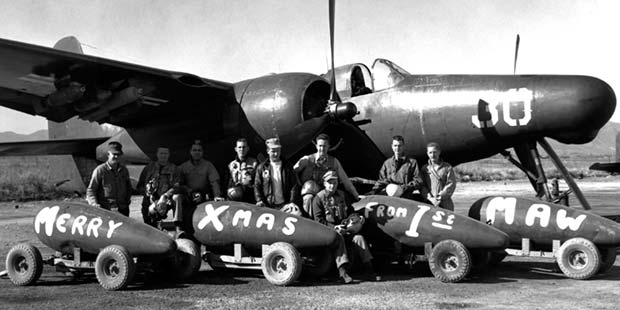 The 1st Marine Aircraft Wing in Korea is shown with its “Yuletide gift to Korean and Chinese Reds” (original caption) in front of a Tigercat in December 1950. 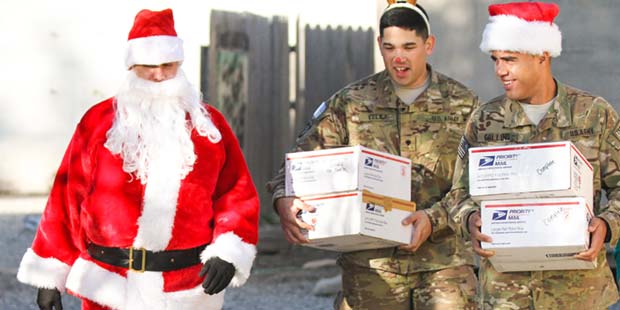 Chief Warrant Officer Brian Boase of the 101st Airborne Division walks alongside two soldiers dressed as “Santa’s Helpers” while they delivered care packages in 2012 in Afghanistan. 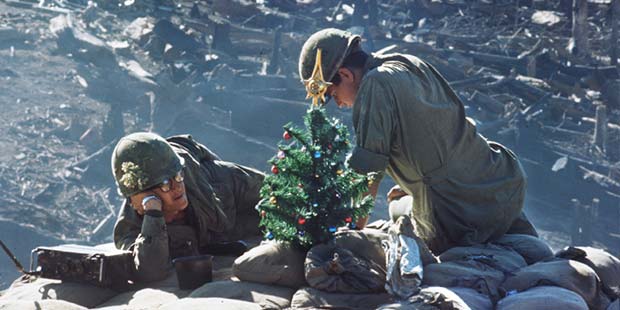 American soldiers rest near a small Christmas tree on Hill 875 near Dak To, Vietnam, on Christmas day 1967. 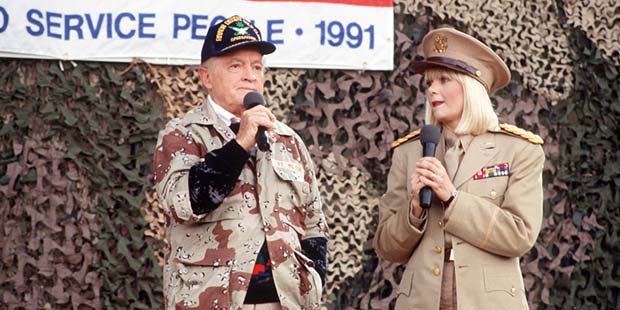 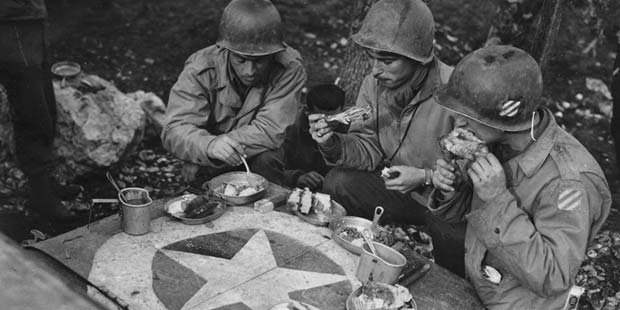 The Third Infantry Division dives into Christmas dinner in Italy, 1943.