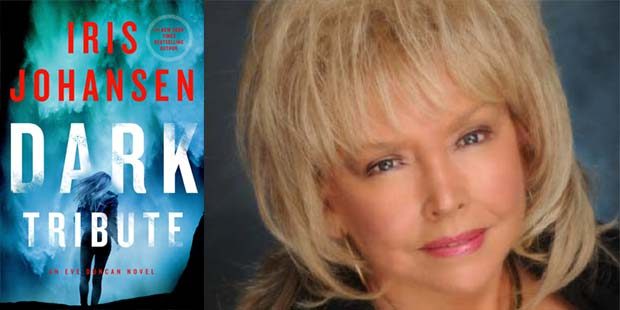 “Dark Tribute” by Iris Johansen shows why she is such an amazing author. The story has a riveting plot, very likable protagonists, and a completely evil antagonist.

Fans of Johansen finally get their wish. This book highlights Cara Delaney, whose guardians are forensic sculptor Eve Duncan and Atlanta Police Detective Joe Quinn. Now as a grown woman she desires to pursue her love of playing the violin with her love of longtime friend, Jock Gavin. He was solely her protector when Cara was younger, but throughout the years the bond between them has only strengthened and their feelings for each other have increased. Yet, Jock is afraid to act on his feelings because he feels like Cara deserves better than him, and a relationship with him will just put her in danger because of his being a cold-blooded killer. But their desires for each other have been put on hold after a mysterious man, John Svardak, kidnaps Cara, pay back for what happened to his family.

Manipulation versus persuasion is present “in all of my books. Clever characters can be manipulated, but then know how to overcome it. I do think there is a difference between manipulation and persuasion. Manipulation is deliberate, and has an undertone that could be good or bad. I think persuasion is softer and silkier.”

Many years ago, Svardak’s father and brother broke Cara’s grandfather’s Sergai Kaskov’s fingers in the gulag where they were imprisoned together. Kaskov settled the score by murdering Svardak’s sister Anna, his father, and his brother. Now the kidnapper wants revenge and plans on torturing Cara, while hiding out in the wilds of West Virginia. Eve, Joe, Jock, and Kaskov race against time to find and rescue her. Even her ten-year-old step brother, Michael, gets involved because of his telepathy and psychic skills. They all must use their skills and instincts to find Cara before something dreadful happens to her.

Music also played a strong role. “Music is a strong part of Cara’s life. I used it as a dark, dark draw into the retribution. I think the violin is very important to Cara, and she has a strong bond with it. She says, “I love it because it makes beautiful music. We complete each other. We make beautiful music together.” During dark times people turn to music for comfort.”

This book as with all Johansen novels shows how strong family bonds can protect each other. It also has a criminal that is immoral and psychotic. Readers will not want to put the book down.