From the Navy to bestselling author 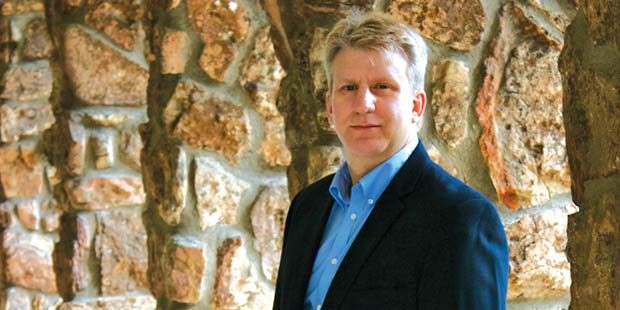 One of the things I enjoy most is stopping by a bookstore and looking for titles by some of my favorite authors. Over the years I have become a huge fan of Clive Cussler, Tom Clancy, Stephen Coonts and Stewart Woods as well as a few others. Recently, I have added Grant Blackwood to names I look for.

It was easy for me to add Blackwood to my “look for” list. Not only does Blackwood have his own series of novels with the Briggs Tanner character, but has lent his pen to the Jack Ryan Jr. series from Ton Clancy and also to the Clive Cussler Fargo Adventures tomes. Blackwood is a veteran who proudly served in the U.S. Navy and upon leaving the service chased down and lived his boyhood dream of becoming an author.

After successfully achieving that goal, Blackwood has recently joined the board of directors of the newly-launched Veterans Publishing Inc., a company dedicated to coming to the aid of veterans who want to learn the craft of writing and have a place to hopefully become published. I was fortune enough to have an opportunity to sit down with Blackwood and here is a little of what we discussed.

Military Press: When did you first develop an interest in becoming a writer?

Grant Blackwood: I took the plunge in 1987, shortly after leaving the Navy. I remember getting “rung off of the boat” — a ceremony all Plankonwer’s get — then walking down the pier with my seabag over my shoulder wondering, “What next?”

Writing a novel had been something I’d wanted to try since I was about 8, but the time — and my maturity level — never seemed right. Two months later I was settled into civilian life and enrolled in college. The time seemed right. I sat down in front of a typewriter and never looked back.

MP: How did you get started writing the Clancy and Cussler books?

GB: From the beginning, both Clancy and Cussler were unwitting mentors of mine. They’re giants in the business and they were doing what I wanted to do: Entertain readers with my own thrillers. As it happened, I read Tom’s “Hunt for Red October” while I was in the Navy. I was serving as an operations specialist aboard U.S.S. Ford, a guided missile frigate that specialized in long-range ASW —Anti-Submarine Warfare. As an OS I was involved in a lot of the things Tom wrote about in HFRO. It was fascinating and surreal.

Fifteen years later, after my first three Briggs Tanner books were out, my editor at Putnam, Tom Colgan, approached me with the idea of co-authoring with both Clive and Tom. I’d come full circle, going from being inspired by them to working with them. Working with them are highlights of my career for me.

MP: Currently, you are involved with a new effort to help our veterans.

GB: No one gets through life without help. Veterans Publishing Inc. (VPI) is a truly awesome concept that this very month is coming to life, and as a Navy veteran and author I’m honored to be on their board of directors because there has been nothing like it before.

VPI will become the go-to resource for our veterans to find a place where they can pursue their goals and learn the craft of becoming a writer with the hopes of one day being published. Not only will VPI serve our veterans in their transition to a civilian career, but it also supports the Us4Warriors Foundation, which is dedicated to reaching out to not just veterans, but active duty service members and their families as well. Whatever it is they need, whether it’s offering a short-term hand up, or helping them achieve their long-term aspirations, Us4Warriors is there for them. So when you purchase one of our books from the VPI website, VPI makes a donation to Us4Warriors. That way we all win.

MP: I’m looking forward to seeing you at the upcoming San Diego Festival of Books later this month, what does San Diego mean to you?

GB: 32nd Street Naval Station was my first assignment after boot camp and A-school, so I have a special place in my heart for San Diego. It doesn’t get any better than spending the day with fellow authors and thousands of book-lovers in one of the most beautiful cities in the country. Better still, a portion of the festival’s proceeds go to the San Diego on Literacy efforts.

At the festival, this year’s selection for the “One Book, One San Diego” program will be announced. “The One Book, One San Diego” essentially turns the city into one community-wide book group designed to get people talking about current events, different cultures and often-overlooked subjects. It’s an intriguing idea and I can’t wait to hear this year’s selection. Books are magical in their ability to bring people together.

It is without doubt that Grant Blackwood has lead a life that many of us dream we could live. His career has taken him full circle from a boyhood dream of being an author to being a naval officer to being that author and now giving back to his fellow vets.