In-house free agents: Whom will the Bolts keep? 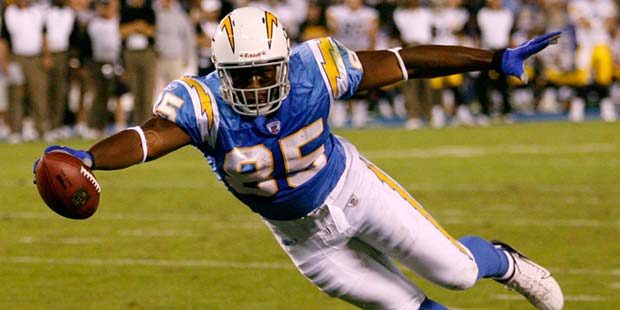 With NFL free agency beginning in full swing, the Chargers will have to make a decision on 24 players whose contracts will expire. Here is a list of the team’s pending free agents (Per Ricky Henne/chargers.com) and the salaries they made in 2017 according to Spotrac. The names printed in bold are the players I believe the Chargers should try to re-sign. Remember, a roster make over is not needed, the Chargers were just one reliable kicker away from winning the AFC West and making a serious playoff run last season. Players with an asterisk (*) have been updated after original story was submitted.

Tre Boston, 25, S – ($900,000). 2017 — After earning the starting free safety spot in the preseason, Boston started 15 of the 16 games he appeared in. He became an instant leader in the secondary, finishing the season with a team-high five interceptions while totaling 79 tackles and eight passes defensed (each number was a career-high). Although he will want a multi-year deal rather than the one-year deal he signed prior to last season, former Arizona Cardinal safety Tyrann Mathieu is now on the market and he could be the difference maker at safety that the team has failed to fill since letting Eric Weddle walk out the door following the 2015 season. Spotrac ran Boston’s stats and compared it to other free safeties with similar numbers to estimate his Fair Market Value — Projection: 5-year contract for $41,057.800 with an average salary of $8,211,560. Mathieu was set to earn $9,300.000 in 2018 (Spotrac) — although he will cost more money and has been injured in his short career, at just 25-years-old, the Chargers should at least offer an incentive-laden contract to the man nicknamed ‘The Honey Badger.’

TE Jeff Cumberland, 30 – ($775,000). 2017 — Signed as a free agent in 2016, Cumberland finally made his way on the field and caught both passes thrown to him. Spent his first season with the Chargers on ‘Reserved-Injured’ due to an Achilles injury he suffered in the second preseason game.

Kellen Clemens, 34, QB – ($900,000). 2017 — Although he is not the future quarterback of the Bolts, Clemens provides a trusted confidant to Philip Rivers. Unless the Chargers find a reliable veteran backup at a cheaper price, Clemens will likely be brought back for one more year while the team selects its future QB in the upcoming NFL Draft.

Antonio Gates, 37, TE – ($5,500,000). 2017 — After setting the all-time record for touchdown receptions for a tight end in NFL history, Gates is likely a first-ballot Hall of Famer. He finished the year with 30 receptions for 316 yards and three touchdowns — his lowest production since his rookie year in 2003.

Chris Hairston, 28, OT – ($1,450,000). 2017 — Despite landing on the ‘Reserve/Non-Football Illness’ list early in the season, I would expect Hairston to resign with the Chargers because of his versatility as a swing tackle.

Nick Novak, 36, K – ($900,000). 2017 — Although he solidified the woeful kicking position when he returned to the Chargers for the third time beginning in week 5, the Chargers will not bring him back if a reliable kicker can be found in the draft or free agency.

Brandon Oliver, 26, RB – ($800,000). 2017 — Appearing in eight games, Oliver finished the season with 83 rushing yards and 26 receiving yards. With an Achilles injury costing him the 2016 season and missing half the 2015 season because of a toe injury, Oliver likely seen is last days as a Charger.

Tenny Palepoi, 27, DT – ($615,000). 2017 — An unheralded lineman who signed as an undrafted free agent in 2014, Palepoi had his best year as a pro while establishing career-highs with 24 tackles and one sack while appearing in 15 games last season. With his lower salary, Palepoi could be the beneficiary in both playing time and salary if the team decides to cut or renegotiate the salaries of starting defensive tackles Corey Luigit and Brandon Mebane after June 1.

Michael Schofield, 27, OT – ($694,000). 2017 — One of the best signings days before the season opener, Schofield played in 15 games, including five starts at right tackle for an injured Joe Barksdale. Like Palepoi, Schofield could also benefit if the Chargers decide to let the high-priced Barksdale go after June 1 as well. *Agreed to terms on a two-year contract on March 14.

Korey Toomer, 29, LB – ($1,797,000). 2017 — Although he didn’t match his tackling total of 69 in his first year as a Chargers in 2016, he appeared in 15 games with eight starts, totaling 48 tackles, three passes defensed and two forced fumbles. He also recorded the first pick-six of his four-year NFL career. With Denzel Perryman and Jatavis Brown missing games because of injury, Toomer’s impressive play has proven he deserves to be re-signed to a multi-year deal.

Kenny Wiggins, 29, OG – ($865,000). 2017 — Wiggins was one of two linemen to start all 16 games of the season along the offensive line for the first time in his eight-year NFL career. Playing with an attitude and meanstreak that most successful linemen possess, he will likely be re-signed with a significant bump in salary. Wiggins played a major role to help anchor an O-Line that gave up the fewest sacks in the NFL (18).

Isaiah Burse, 26, WR – ($615,000). 2017 — Missed entire season following an injury he suffered in the preseason and being waived-injured during final roster cuts. 2016 — Appeared in nine games mainly on special teams as the kick/punt returner. Burse could be brought back on a salary-friendly contract as a special teams playmaker.

Asante Cleveland, 25, TE – ($). 2017 — Missed all last season after being ‘waived-injured’ after sustaining an injury early in camp. 2016 — Appeared in four games for the Chargers after being claimed off waivers from New England in 2015.

Geremy Davis, 26, WR – ($615,000). 2017 — Split time between the practice squad and the active roster after he finished the preseason tied for second with nine catches for 68 yards. The 6-3, 217-pound Davis will likely be back to compete for a roster spot. *Agreed to terms on a one-year contract extension March 12.

Nick Dzubnar, 26, LB – ($615,000). 2017 — After leading the league with 21 special teams tackles in addition to his 21 tackles on defense, Dzubnar deserves a salary increase and multi-year contract as he enters his fourth year in the NFL. Dzubnar entered the NFL in 2015 as a non-drafted free agent from Cal Poly-San Louis Obispo. *Agreed to terms on a two-year contract extension March 12.

Chris McCain, 26, DE – ($615,000). 2017 — Set career-highs with 20 tackles, five sacks and one forced fumble as a complementary pass rusher to Joey Bosa and Melvin Ingram. 2016 — Signed as a free agent from the New Orleans Saints, he spent his 14 games with the Chargers on the practice squad. Expect McCain to sign a multi-year deal for a significant increase in salary to stay with the Chargers. *Team extended contract tender on March 14.

Sean McGrath, 30, TE – ($615,000). 2017 — Tough, hard-nosed veteran tight end will likely be re-signed to help restore the running game. Known for his blocking prowess, McGrath’s ability to get down and dirty in the trenches in addition to his pass catching abilities makes him a valuable asset to the offense — especially if the team doesn’t bring Gates back into the fold.

Adrian Phillips, 25, S – ($690,000). 2017 — The versatile Phillips set career-highs in tackles (63), passes defensed (five) and interceptions (two) while seeing action in 15 games as both a safety and linebacker in certain packages. Phillips should get a salary increase if he re-signs with the Chargers. *Agreed to terms on a one-year contract on March 14.

Tyrell Williams, 26, WR – ($525,000). 2017 — Although he didn’t match last year’s numbers, he still finished the season with 43 catches for 728 yards and four touchdowns, averaging 16.9 yards per catch. Signed as an undrafted free agent in 2015, the three-year veteran led all NFL receivers last season in yards after catch (8.0), while scoring multiple touchdowns over 75 yards. Williams will get a significant salary increase whether he re-signs with the Chargers or goes elsewhere. *Team extended contact tender on March 14.