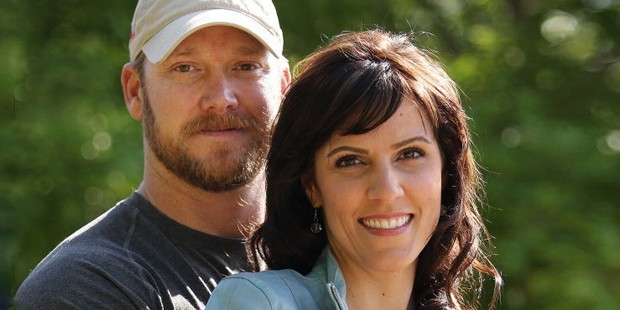 Celebrate with us the release of her new book, American Wife: A Memoir of Love, War, Faith, and Renewal
**There will be book signings and photo opportunities**

Christopher Kyle was a United States Navy SEAL and the most lethal sniper in U.S. military history with 160 confirmed kills. Kyle served four tours in the Iraq War and was awarded several commendations for acts of heroism and meritorious service in combat. He received two Silver Star medals, five Bronze Star medals, one Navy and Marine Commendation medal, two Navy and Marine Corps Achievement medals and numerous other unit and personal awards.

Kyle was honorably discharged from the U.S. Navy in 2009 and wrote a bestselling autobiography, American Sniper, which was published in January 2012. On February 2, 2013, Kyle was shot and killed at a shooting range near Chalk Mountain, Texas, with his friend, Chad Littlefield.

A film adaptation of Kyle’s autobiography, directed by Clint Eastwood, was released in December 2014.

In American Wife: A Memoir of Love, War, Faith and Renewal the widow of “American Sniper” Chris Kyle, Taya Kyle, shares their private story: an unforgettable testament to the power of love and faith in the face of war and unimaginable loss-and a moving tribute to a man whose true heroism ran even deeper than the legend.

Two years after her husband’s tragic death, Taya has found renewed meaning and connection to Chris by advancing their shared mission of “serving those who serve others,” particularly military and first-responder families. She and the children now are embracing a new future, one honoring the past but also looks forward with hope, gratitude, and joy.

American Wife is one of the most remarkable memoirs of the year – a universal chronicle of love and heartbreak, service and sacrifice, faith and purpose that will inspire every reader.