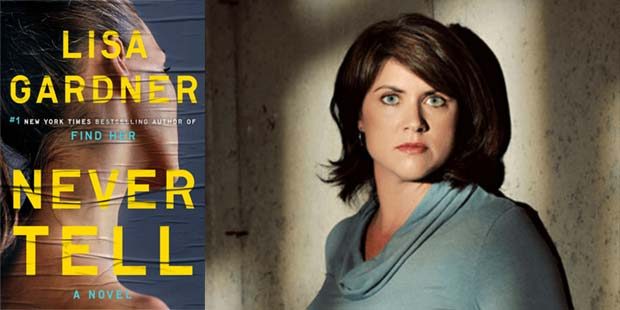 “Never Tell” by Lisa Gardner brings back some of her well-known characters. Detective D. D. Warren and CI Flora Dane must work together to find the truth behind a murder. It powerfully examines how someone’s past can come back to haunt them, especially when the police appear to have tunnel vision.

The book opens with a pregnant wife, Evelyn “Evie” Carter, returning home to find her husband murdered. What she does next becomes very puzzling to the police: She empties the gun bullets into the computer. As the police rush in she is caught with the gun, leading the detectives, including Warren, to think it is an open and shut case. Reinforced by the knowledge that Evie previously confessed to accidentally killing her father, the detective sees a pattern.

Once the news of the husband Conrad’s murder goes public, kidnapping survivor-turned-vigilante and D.D.’s unofficial informant, Flora Dane, asserts that she recognizes Conrad as a man who was acquainted with her kidnapper, Jacob Ness.

Flora has survived the emotional and physical abuse Ness inflicted on her and is now determined to find the truth behind different crime scenes. Feeling the police are jumping to conclusions, Flora goes rogue and hooks up with computer crime analyst Keith Edgar and FBI Agent Kimberly Quincy, who previously tracked down Ness and freed Flora. Believing Conrad is tied to the serial killer Ness, she convinces the FBI and police to recognize that with this case nothing is as it seems to be. The many lies and secrets need to be deciphered before justice can be found.

“The relevance of Jacob is that he is the single most powerful relationship Flora ever had,” Gardner said. “DD says in the book that any investigation of Jacob will have Flora forever follow. Wherever Flora goes so goes the ghost of Jacob. There is not one without the other. He is a monster who never repented, but feels victimized because of it. Jacob is whiny, lonely, not empathetic, downright cruel, and obsessed with being all-powerful. He sees himself victimized by society. Flora learned to survive by recognizing a loneliness in Jacob and becoming his confidant, his friend. Conversely, this is what she has a hard time reconciling and coming to terms with. The appeal of her story is her determination to find the light and not see herself always as a victim, but as a survivor.”

The three female protagonists are nothing alike. According to Gardner, “Evie is sleep-walking through life, and refers to herself as a ‘dead woman walking.’ She has not dealt with her father’s death, her marriage problems, and her poor relationship with her mother. She has avoided and hidden from real life since her adulthood is built on a pretty big lie. By definition she cannot trust. But now, because of what happened to her husband, she has to stop running.”

“Flora is a character I wrote and am very fond of. She is a survivor who struggles with guilt. Having PTSD has manifested itself in her by making her more hypervigilant. I think she is a manic who has anxiety and copes by going to extremes. Flora is obsessed with self-defense. I think she realizes she has not healed and that she is in active recovery mode.”

“Then there is D.D. She is a workaholic, possibly to the point of obsession. She doesn’t care if she is liked. I think having a child has softened her edges. Now she questions if she works too much. I think many readers like that she is unapologetically brash, abrupt, and often rude, with a take no prisoners attitude.”

This is a story that will resonate with readers because of all the exciting elements. It also has a unique storyline that will force readers to change their minds about the likeability of the three female protagonists.