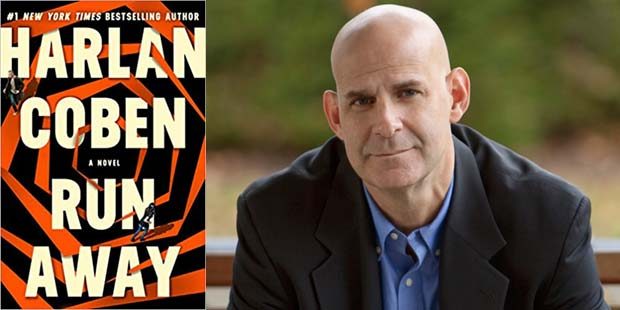 “Run Away” by Harlan Coben proves once again he is a master storyteller. The novel explores how seemingly good parents can have a child go astray and must face the nightmare that they may not be able to save their child. The characters in this story must face the nagging question: How many things could have been done differently that might have helped sway the child toward a better path?

Parents, Wall Street financial advisor Simon Greene and his pediatrician wife Ingrid, thought they had everything while raising their three children. But hardship hits them when their college-aged daughter, Paige, turns to drugs and has run away.

Following a tip, Simon sees her playing guitar in Central Park as a panhandler. As he tries to talk to her, her enabler, dealer and boyfriend interferes. Desperate to catch her as she runs away, Simon punches the boyfriend, Aaron, all caught on cell phone videos.

Fast-forward three months where Simon and Ingrid find out that Aaron was brutally murdered. Their search for Paige becomes frantic after finding out she is still strung out and has been abused. They are now following a trail fraught with danger, surprises and secrets.

Both parents are devoted to their family. They are vulnerable and full of guilt, unable to help their oldest daughter. The feeling of failure allows the reader to sympathize with the parents making them both relatable and realistic.

The story is exciting and riveting. Readers will be unable to put the book down. Typical of Coben are the thrills and ending bombshell that keeps people guessing.

Elise Cooper: How did you get the idea for this story?

Harlan Coben: I had a bunch of different thoughts in my head: drug abuse, genealogy websites and cults. It all came together as I was sitting in Strawberry Fields in Central Park. This is the exact same place as my protagonist Simon was sitting when he spotted his daughter. I actually thought then of the very first sentence in the book.

EC: What did you see there?

HC: There was a panhandler singing and manhandling Beatles’ tunes. I thought, “What if that strung out singer was my lead character’s daughter who he has not seen for awhile.” Here was his chance to rescue her. This is how this novel starts.

EC: Are you a Beatles fan?

HC: I think they are great and did go through a stage where I listened to them non-stop. Now, I am happy when I hear them, but do not seek them out. I guess you can say I am a causal fan of theirs.

EC: What is the essence of the book?

HC: I think writing and reading is all about empathy. We would have more empathy in the world if people read more. What I am trying to teach my children is that whenever they see a human being, whether the most powerful or someone down on their luck, they should remember everyone has hopes and dreams. This opens your eyes a lot.

EC: Do you know someone who is an addict?

HC: I think most people know someone who is a junkie. Let me certify that none of my immediate family are addicts. I do have a funny story. After my children, who range in age from 24 to 17, read the book they were all having fun accusing the other as the model for Paige. But she was not based on any of them because my children do not have this issue.

EC: This book touches on parents who second-guess themselves about raising their children.

HC: There is always that tremendous guilt. Any child who is a junkie has to be careful for the rest of their lives even if they are rescued. Questions I love to raise in all my books is nature versus nurture. Simon is constantly asking himself, “What did I do wrong and what could I have done differently?” Was he too easy or too hard on Paige?

EC: It is a book about family?

HC: Paige is in trouble and her father, Simon, is trying to figure out how to rescue her from the drugs. I think it is a story about a family fractured by an incident that has come back to haunt them. It is Simon, Ingrid and Paige’s story. They must put their lives back together. I think crime fiction is rarely about the crime. It is really about the effects the crime has on the relationships, family and the social construct.

EC: You have the readers feeling with Simon hope and then hopelessness.

HC: My schtick is missing people. There is this anticipation that those missing will return, and if not, at least justice will be served. Hope can be the most wonderful thing in the world or it can crush someone’s heart like an eggshell.

EC: Your books have been made for TV, but mainly in Britain?

HC: I work with a British production team that I really like. They have done such shows as “Happy Valley,” “Last Tango In Halifax” and “The Five.” I love partnering with Nicola Shindler, who is great. We can make shows without a lot of interference. Netflix is also a great partner. We just signed a five-year deal where I will make shows overseas, hopefully off the books. They own the rights to 14 of my novels.

EC: What is your next project?

HC: We are filming “The Stranger” based on my book. It opens up with a stranger played by Hannah John-Kamen, who just walks up to people and says unexpected things. For example, she walks up to one of the characters and says, “You don’t have to stay with your wife.” Then points out a website that tells how someone can fake a pregnancy and that his wife is faking her pregnancy. Then she walks away. This stranger does this to a number of people, dropping bombshells on all of them.

EC: Would you ever make a TV series?

HC: I am not sure. I don’t like the TV series that does not finalize the answers. I always write and create a show as if there will not be a second season. If you watched the TV show, “The Five,” you know that one of them disappears. I was asked about the possibility of making a second season, but what would I do next, have someone else disappear? I said let it go and let’s do another story instead.

EC: Can you give a shout out about your next book?

HC: It will have one of my minor characters, Hester Crimstein, be the protagonist. She is in her early 70s and a tough lawyer. Finally, she will step out of the shadows and be a co-lead in the next book.