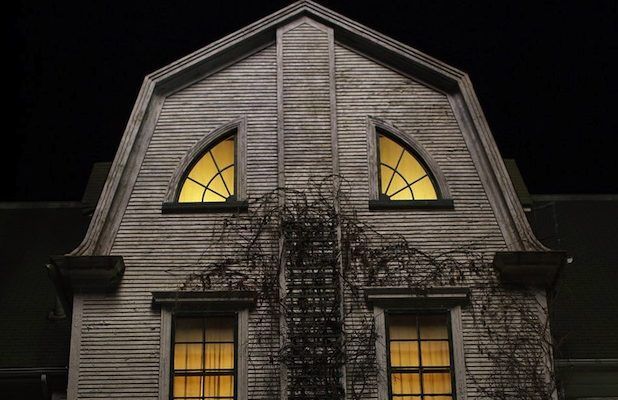 Now on the Travel Channel with executive producer Tom Jennings for all your spooky needs comes a new series that looks at true horror stories in America with SHOCK DOCS.

The series begins with names that are familiar to most who love the paranormal with DEVIL’S ROAD: The True Story of Ed and Lorraine Warren. If those names seem familiar, then let me refresh why! A story came to theatres in 2013 with THE CONJURING telling the story of a family dealing with a dark presence in their home calling in Ed and Lorraine Warren and bringing movie goers into the chaos. Also, the film ANNABELLE in 2014, THE CONJURING 2 in 2016, ANABELLE Creations in 2017 and THE NUN in 2018.

That is not where their story began however but instead in becoming paranormal investigators in 1952 when doing such things was not even heard of.  In their 50-years doing investigations, they claim to have dealt with thousands of cases. Ed was the demonologist while Lorraine was the extremely sensitive clairvoyant while also trying to have a normal life with daughter Judy.

The word began to spread of what this couple could do speaking on the paranormal and preternatural worlds but also created techniques still used in investigations today. I think many of the paranormal investigators know who to thank for such things as advanced electromagnetic devices!

This two-hour special delves into the 1970s and 1980s and the television show led by their son-in-law Tony Spera and never-before-heard audio of Ed Warren interviewing with a poltergeist case. Spera also provided access to footage of the series “Seekers of the Supernatural” as the couple explain their work in more detail.

The episode shows the many famous cases that the Warren’s attended to such as Amityville in 1975 working with George and Kathy Lutz and the demons that overtook their home. Travelling to Enfield in London where a family was being terrorized in their home. The case of ‘Not Guilty by Reason of Demonic Possession’ in 1981 of Arne Johnson.

When a funeral home is claimed to be filled with demons, Ed and Lorraine Warren are there in Southington, Connecticut and author Ray Garton writes a book that later finds itself in the film THE HAUNTING IN CONNECTICUT.

This is only a small portion of the years that Ed and Lorraine Warren spent in their career with books, speaking engagements, cases and training others to continue the work they found so important.

Travel Channel knows how to start off their series and the Warren’s story is the best place to start. Each installment is going to take viewers into true American horror stories and the history of these best-documented paranormal encounters. There are audio and video stories that share the terrifying tales of evil. Two of the episodes are AMITYVILLE HORROR HOUSE and THE EXORCISM OF ROLAND DOE.

“Travel Channel fans have an insatiable appetite for the classic cases that even the paranormal investigators revere,” said Matthew Butler, general manager of the Travel Channel. “In these ‘shockumentaries’ we start at the beginning and explore why these places and cases remain the most famous – and the most haunted in the country.”

The Travel Channel is for the bold, daring and spontaneous; those adventurers who embrace the thrill of the unexpected; those risk-takers who aren’t afraid of a little mystery; if you’re up for anything, down for whatever, and above all, love great stories, journey on to Travel Channel. We are more than you expected and everything you did not know you were looking for. Reaching more than 79 million homes, Travel Channel is the world’s leading travel media brand. To find out more please visit www.travelchannel.com.

The two-hour SHOCK DOCS about Ed and Lorraine Warren is filled with information that I did not even know. I knew of their connection with The Conjuring Universe but no idea about Amityville or the other cases they investigated. That is what makes this installment so interesting, it gives the viewer a deeper look inside the story of these two remarkable paranormal investigators.

I am a huge fan of the Travel Channel and it started when I discovered the series GHOST ADVENTURES many, many years ago. I was intrigued by the GAC and the places they visited and the things that made the hairs on my arms stand up. I continue to check in on the boys (gotta love a DVR) so when I learned there was a new series from the Travel Channel, well, I had to see for myself.

It is true, this series is for those who are ‘up for anything and down for whatever and love a great story’ because that is what they do – bring it! I cannot wait for the next episode, especially the story in Amityville because, come on, who does not know a little about that and who doesn’t want to know a whole lot more?

Tune in to the Travel Channel for SHOCK DOCS and the first special DEVIL’S ROAD: The True Story of Ed and Lorraine Warren showing now. Oh, and dim the lights because that makes everything spooky so much sweeter to enjoy.

Don’t say I didn’t warn you!