USO gears up for our 2014 USO Christmas Convoy 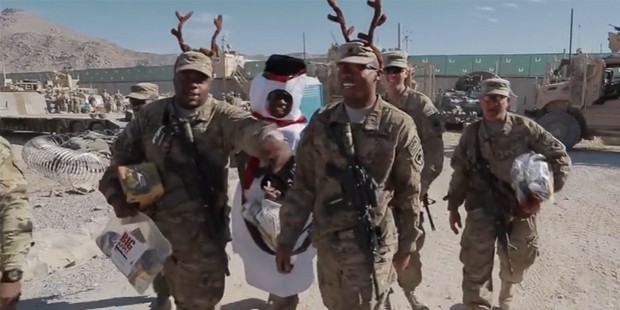 For the men and women serving our country abroad, the fight against terrorism does not stop for Christmas. So for five years, the USO has led an operation called Christmas Convoy to bring the holidays to the frontlines.

Christmas is the hardest time of year for the thousands of troops that are stationed in remote locations like Afghanistan, Kuwait, South Korea and other parts of the world where the opportunity to celebrate Christmas often feels like a far-flung dream.

As the USO gears up for our 2014 USO Christmas Convoy, please take a look back at last year’s Convoy. Thanks to supporters like you, the USO will have the honor of lifting our troops’ spirits again this December.