Veterans stepping up to the plate 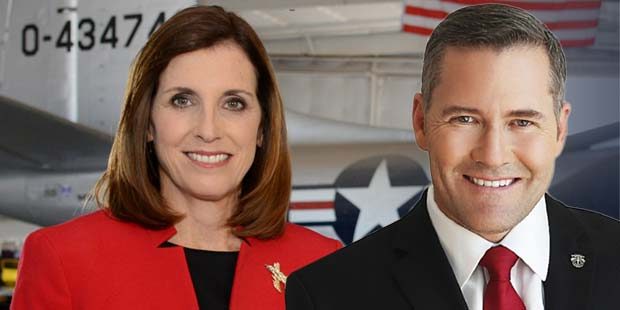 “Drain the swamp” is the new rallying cry of Americans who want leaders, not politicians. This was the case for many World War II veterans who chose to serve their nation in a different capacity. It is no different today with Congresswoman Martha McSally (R-AZ), a representative of those veterans who cares more about this country than her own political ambitions, and Michael Waltz. McSally is running for U.S. senator in Arizona and Waltz is running to be the U.S. representative in Florida’s District 6.

Both these military veterans served to protect and defend, and now they want a chance to serve in Congress to fight for their fellow Americans. Their mission is to get results and not constantly be lame-duck representatives that get nothing accomplished.

“I have been serving my country my entire life, 22 years as a Green Beret,” Waltz said. “I wake up in the morning thinking about the issues this country is facing. We can either yell at the TV or roll up our sleeves and serve in the political arena. When someone is in the foxhole, they do not care about differences in race, religion, creed, sex, economic or political background. It is all about mission and country. There is a commonality of service on how we should move this country forward.”

“Being an elected official is a continuation of my service,” McSally said. “Those who served in the military understand that our culture is not to walk away from a problem but to do something about it. A lot of veterans are responding to this ‘call to duty.’ I am willing to work with those on the other side of the aisle, even the ones who I do not agree with. I think it is in a veteran’s DNA to be mission-oriented, which means to see if there are any Venn Diagrams pieces that we can agree upon and work together.

“I am the kind of person that runs into gunfire and not away from it. The stakes are so high that my purpose-driven, mission-focused, service-minded attitude will make a difference. I will always speak truth to power, which is needed among our elected officials today.”

Regarding economic security, McSally said she feels, “People want a level playing field. If they work hard they want to know they can get ahead. Under the last administration, people worked really hard, but never had the feeling they were succeeding financially. We need to be able to compete globally by cutting taxes, rolling back regulations, and giving more access to capital.”

Being from a border state, she knows the importance of securing the border.

“We need a smart immigration system that is merit-based,” she said. “As the border security subcommittee chair, I’ve been leading from the front working to secure the border. My bill, Securing America’s Future Act, got close to passing the House and it checked all the boxes — it fully funded a border wall, closed our immigration loopholes, fixed DACA and ended family separation. This shouldn’t be a divisive issue. I’m going to keep working to pass legislation that secures our border and keeps Arizonans safe.”

“President Trump offered a deal on DACA that would allow about 1 million more people than what President Obama offered,” he said. “I think it is reasonable to move away from a lottery system and chain immigration because border security is national security. Let’s remember Hezbollah has a track record of working with the Mexican drug cartels when they attempted to murder the Saudi ambassador in Washington. If they can infiltrate by moving drugs and human trafficking, then they can cross our Southern border. It is certainly possible to be used for all types of bad activities. It is not like the smugglers discriminate what they move across our border.”

He gives President Trump high marks for getting things done.

“I cannot tell you how many speeches I wrote for the defense secretaries asking our NATO allies to live up to their defense commitment,” Waltz said. “They shrugged their shoulders and blew us off. No longer with this president.”

Waltz wants people to understand that the extremist Islamists want a society that would keep women down. Many countries do not believe in freedom, equal opportunity and human rights for women.

“I spent my life fighting Islamic extremists’ ideology,” he said. “We need a broader strategy that goes after it. Think of the quote by Malala, the Indian girl shot for going to school. She said the thing the extremists fear the most is a girl with a book. It is a global issue. The cover of my book has school children. This school was burned down multiple times just because it taught girls, but we rebuilt it.”

People should be questioning what is happening in America today since these two responsible candidates are facing tough races and their opponents are leftists. Kyrsten Sinema, McSally’s opponent in Arizona, responded to a question about Americans joining the Taliban, “Fine. I don’t care if you want to do that, go ahead.” In 2009, she was on the record opposing all immigration laws. In 2006, she wrote, “Death is death, and to rank one form of death as being somehow more important than other death [sic] does us no good as humans. The deaths that people suffer in the Mexico-Arizona desert are the same as the deaths that people suffer in the Iraq desert.” In 2010, she called her fellow Arizonians “crazy,” Arizona the “meth lab” of democracy and how to “stop your state from becoming Arizona.”

Waltz shakes his head and points to the Democratic Party having Socialistic ideals.

“What has socialism given to people? Look no further than Venezuela and Cuba,” he said. “It is mind-boggling this is the direction they want to take us. They believe in Medicare for all and a single-payer health system, yet, cannot explain how they will pay for it, with the estimated cost about $32 trillion. Let’s not forget that (Nancy) Pelosi, and now (Andrew) Gillum, say they will raise taxes. The Democratic Party is sliding toward socialism with an open border agenda. They call for an impeachment of our President that will grind his positive agenda to a halt. The question voters need to ask, which America do they want?”

Both candidates are trying to run an optimistic campaign. They refer to the lowest unemployment in 18 years, for women since 1953, a near record for blacks and Hispanics. America’s military strength is being rebuilt and we actually have a foreign policy again with America in the lead. They believe, “Everyone should feel they will be able to live the American dream. Unlike the Democrats, who are against everything, it should be what we are for.”

They have integrity, and will actually be proactive, trying to pass legislation to help all Americans. What is needed is to elect more people like these accomplished veterans.