What’s the deal with black face? 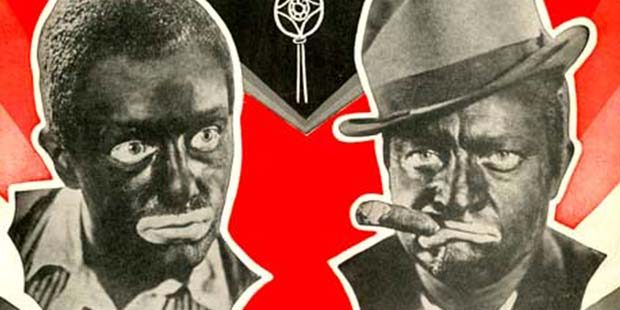 Words and images have power. They shape our reality and African-Americans have been paying the price for 400 years.

Though Virginia Gov. Ralph Northam, and now Virginia Attorney General Mark Herring, are at the center of this latest controversy, the true problem does not begin or end with these two men. Instead, they are the consequence of our nation’s collective unwillingness to recognize that 400 years of dehumanizing language and imagery have a cultural impact.

Blackface isn’t just about painting one’s skin darker or putting on a costume. It invokes a racist and painful history.

Blackface is a form of theatrical make-up used predominantly by non-black performers to represent a caricature of a black person. The practice gained popularity during the 19th century and contributed to the spread of racial stereotypes such as the “happy-go-lucky darky on the plantation” or the “dandified coon”.

In the United States, blackface had largely fallen out of favor by the turn of the 21st century, and is now generally considered offensive and disrespectful, though the practice continues in other countries.

By 1840, black performers also were performing in blackface makeup. Frederick Douglass generally abhorred blackface and was one of the first people to write against the institution of blackface minstrelsy, condemning it as racist in nature, with inauthentic, northern, white origins. Douglass did, however, maintain: “It is something to be gained when the colored man in any form can appear before a white audience.”

New York City’s famous Apollo Theater in Harlem featured skits in which almost all black male performers wore the blackface makeup and huge white painted lips, despite protests that it was degrading from the NAACP. The comics said they felt “naked” without it.

When the show moved to television, black actors took over the majority of the roles, including Spencer Williams, Tim


Moore and Alvin Childress. A television adaptation ran on CBS (1951–53) and continued in syndicated reruns (1954–66). It would not be shown to a nationwide audience again until 2012.