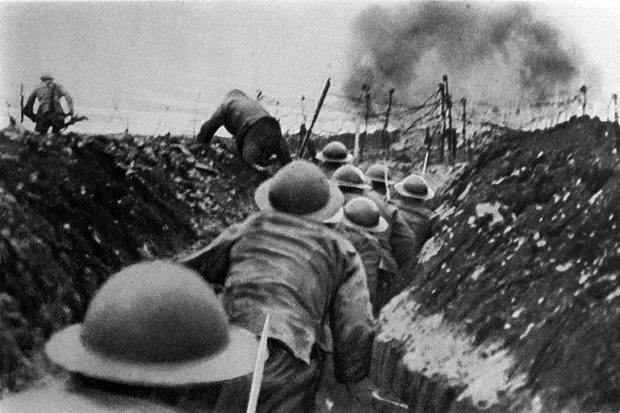 The 100th anniversary of the end of World War I happened at 11 a.m. on the Nov. 11. Around the world, Nov. 11 is known by various names including Armistice Day, Remembrance Day and in the U.S., Veterans Day. Several best-selling historical novelists were interviewed about the effect WWI had on veterans who gallantly fought it. They want to inform the readers about real facts, events and issues, such as PTSD, prosthetics, the reaction of the civilian population, the effect on military families, atrocities committed and integrating back into society.

“We were talking to a young editor and said something about Remembrance Day and she looked blank, then we called it Armistice Day and she still looked blank,” they recounted. “When we said Veterans Day, recognition came to her, but people have forgotten the importance of Nov. 11. Historical fiction is important because it gives a glimpse of past history and makes people aware.”

Throughout most of the Todd books, there are scenes of shell shock — the predecessor to PTSD. One of their goals in writing both series is to “humanize those who served.”

“Bess, who is a front-line nurse, suffers from PTSD like many combat veterans,” they said. “Her horrific experiences will be with her for the rest of her life. Many times those suffering emotional wounds were considered cowards, especially if they came home without a mark on them. Officers would order the men into battle and watched as shells with high explosives went off that created a sonic boom. This broke a lot of officers, which is why we wrote the scene where Simon comes to Bess’s aid after she had a nightmare, explaining to her, ‘The wounded and dead, their faces will stay with you for a very long time. All those you tried to save. They’ll come back in dreams… The dead are gone, except in your memory. There they are still young and whole and safe.’ Both the men and women, having experienced horrors first hand, cannot just shut out what they saw on the battlefield.”

Physical wounds of the soldiers are also recounted, including burn cases, amputees and other horrific wounds. Lauren Willig writes many novels about the time period including her latest, “The Glass Ocean,” with Karen White and Beatriz Williams. Another wonderful story, “The Record Set Straight, in Fall of Poppies,” edited by Heather Webb, shows how facial prosthetics gave a wounded warrior confidence to venture outside again. Willig wrote this story to examine how two brothers react to losing a part of themselves, Nicholas his face and Edward his leg. The theme emphasizes how peoples’ personal lives are tested during war, and the realities they must live with as peace arrives.

“The tin masks were designed for the maimed soldiers so they would not have to go out in the world and be thought of as freaks,” Willig said. “For me, this was the birth of organizations that pioneered reconstructive technologies. I thought how today’s society is isolated from this current war and compared that to England during WWI, where most everyone was touched in some way. Many of us have less understanding of our soldiers because we are removed and do not comprehend the day to day challenges those fighting must face.”

Families are the silent partners and also must endure the realities of war. The Todds said they feel “governments invest a great deal to train soldiers, but have not done a very good job in helping them transition to civilian life. We explore this in our series with Detective Ian Rutledge. In the first book, people questioned if he is capable of functioning on his own. But more importantly, we wrote how some women were turned off by the veterans’ wounds, unable to see the man they fell in love with, seeing only the shattered ruin. Many of the wounded could no longer provide for their families after returning home. Because they were worried about being a financial drain upon them, they often committed suicide in an effort to eliminate the problem. Especially the coal miners who were unable to perform the grueling, physical labor required. We wrote this book quote, ‘Their wounds had done what the Germans never could-broken their spirits.’ A prayer of almost every man in the Great War, ‘I don’t mind dying, but please don’t maim me.’”

Hazel Gaynor co-authored “Last Christmas In Paris” with Webb. She hopes her readers understand how many women had to watch their loved ones: husband, father, brother or friend go off to war with a feeling of helplessness.

“There was this loss of innocence,” Gaynor said. “Remember the famous line as soldiers went off to war, ‘It will be over by Christmas.’ The families left behind the lost years together. Many waited for four years for loved ones to come home, and physically they might have, but the person once known, no longer existed. The lost years created a period of separation that placed an emotional strain on the loved ones. Typically, history does not write about the women left behind on the home front. Many were haunted by the loss of the life they had hoped to have. Unfortunately, people did not talk about how they felt. Instead, having to endure a stiff upper lip and a get on with it attitude.”

The war had women take over jobs because so many men were away fighting.

“I wrote how The Great War opened women’s eyes to a new way of life when they entered the workforce,” Webb said. “For many, it became impossible to return to a life in domestic service after the relative freedoms of factory or office work. The war also challenged the accepted social norms for young ladies. Many volunteered as nurses or had to manage without their husbands and sons, so that they became more independent, including fighting for the vote. Women filled the male-dominated professions. Hazel and I explored how one character, Evie, became a postal worker and a journalist, and her friend Alice became an ambulance driver.”

M. Stirling highlights in his alternate historical novel, “Black Chamber,” how Woodrow Wilson left those fighting high and dry, unprepared to enter the war with faulty gas masks and guns.

“I had scenes explaining how Germany invented chemistry and poison gas,” Stirling said. “The Germans started WWI and drove the brutalization and radicalization during the War. They had no conception of how to deal with a beaten opponent except grab them by the throat and squeeze until their eyes popped out. They shot hostages and deported people for slave labor. In this book, Germany developed nerve gas. A pint of it could kill hundreds of thousands. It is the DDT for people.”

It seems it is in the Germans’ DNA to commit atrocities. The Todds described what, “the German occupation had done to a part of France. Villages had been leveled, orchards cut down, garden walls turned to rubble, and the flowers that once had bloomed there had been churned into the earth. And often what couldn’t be taken away had been burned. The Germans had a scorched earth policy that was bloody vandalism. They even booby-trapped and poisoned wells. The example we put in the book is true where they booby-trapped an oven in a bakery knowing the allied soldiers were hungry and would open them.”

Although it has been 100 years since the Great War ended many families and veterans’ personal battles did not. These authors hope that readers would see the more human aspects of war and how most veterans and their families then as today have to deal with love, hope, despair, and grief. This Veterans Day, people should remember those that fought gallantly and their families.