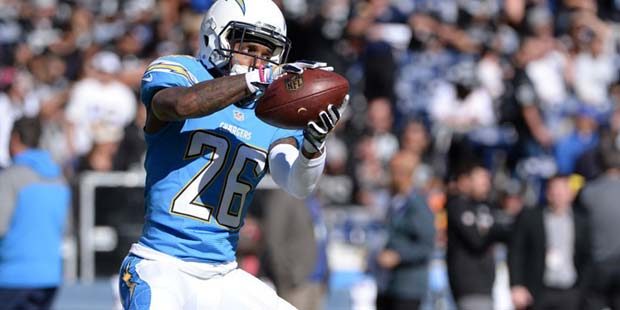 Finishing last season ranked No. 15 overall — 30th against the rush (131.1 yds. per gm.) and No. 4 against the pass (197.2 yds. per gm.) — PFF has high expectations for the Bolts defense this season based on the strength of both the secondary and defensive line.

Singling out cornerback Casey Hayward and edge rushers Joey Bosa and Melvin Ingram, PFF likes both the depth the Chargers possess at cornerback as well as the potential two highly-touted rookies — safety Derwin James and outside linebacker/edge rusher Uchenna Nwosu — will have on the defense.

Here is a look at the rankings with an inside perspective from PFF analysts Gordon McGuiness and Mike Renner.

No. 1. Casey Hayward, Los Angeles Chargers. After years of being one of the most underrated cornerbacks in the NFL, Hayward took a big step forward to claim the throne of the top player in the league at the position.

Setting a career high in terms of his PFF grade at 96.4 to rank first in the league, he allowed a reception just once every 17.7 snaps in coverage and allowed an NFL passer rating of 58.6 on throws into his coverage.

According to Renner the Chargers secondary comes in second to the Jacksonville Jaguars and ahead of the Los Angeles Rams, the Baltimore Ravens and the Atlantic Falcons who rank No. 3, 4 and 5, respectfully.

The Chargers might not have the best cornerback duo in the game, they go deeper at the position than any team in the NFL currently. Casey Hayward (96.7 overall grade, and our top cornerback for this season), Desmond King (86.5), Trevor Williams (88.5) and Jason Verrett could all make a starting three rotation anywhere else in the NFL.

One will have to be relegated to dime packages though come Week 1. Now they’ve added PFF’s top draftable safety and top five player on our board in James. Good luck to the rest of the AFC West.

* Renner completed his evaluation of the Chargers secondary prior to Verrett’s season-ending Achilles injury he suffered on the opening day of training camp.

No. 3. Los Angeles Chargers. Led by edge rushers Joey Bosa and Melvin Ingram, the Chargers’ pass rush was listed behind the top-ranked Philadelphia Eagles and No. 2 ranked Jacksonville Jaguars and just ahead of the Los Angeles Rams and Houston Texans who rank No. 4 and No. 5, respectively.

Were we looking purely at pressure off the edge, the Chargers would certainly be number one. The combination of Bosa and Ingram at either defensive end position is deadly, and the Chargers saw 151 of their total pressures come from the duo.

They were the only team in the NFL to feature two edge defenders who finished the 2017 season with an elite (90.0-plus) PFF grade, and there’s no reason to expect them to slow down much in 2018. The bonus in 2017 was Liuget producing the best year of his career, adding 26 total pressures from the defensive interior.

The Endzone: Having torn his Achilles during a conditioning drill last Friday, one has to question if cornerback Jason Verrett will ever suit up again in a Chargers uniform? Selected as the 25th pick in the 2014 draft, Verrett has played in just 25 games during his four seasons in the NFL.

When healthy, Verrett is one of the best cornerbacks in the league as he proved in 2015 when he was selected to the Pro Bowl after finishing the season with three interceptions, one which he returned 68 yards for a touchdown. However talented he may be, the bottom line in the NFL is the best ability is availability and unfortunately, Verrett cannot stay healthy enough to last a full season.

Fortunately for the Chargers, they have depth and talent at the cornerback position.