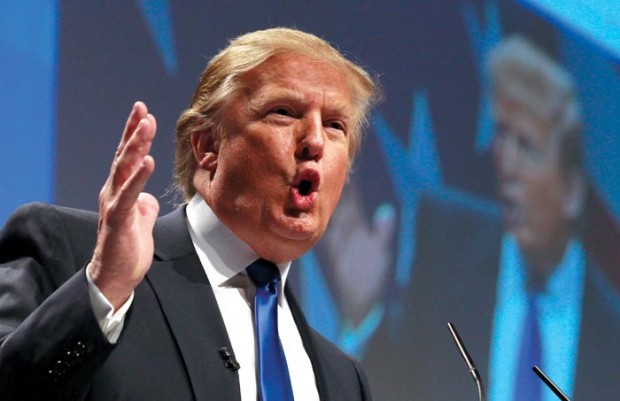 Initially when Donald Trump made his announcement to run for the presidency, I thought (as I’m sure many others did) that Mr. Trump was only looking for publicity for his television show. After the first few appearances and the statements that Trump said, I thought, “What a jerk and what a way to shoot oneself in the foot.”

But after the turmoil over his statements settled down and his continued appearances on all the TV stations, I started to change my mind.

I think all true Americans are fed up with politicians from both sides of the aisle, the Democrats as well as Republicans. Year after year, promise after promise, election speech after election speech, our leaders fail us. We, the American public, have absolutely no faith in any of the politicians to fulfill their promises or their duties!

I now think — in fact, I absolutely know — that all politicians are bought and told what to do, how to do it and which way to vote on any subject brought before the Senate and the House of Representatives. This completely destroys what our forefathers gave us. And that is the Constitution!

I believe that if any other president were elected and ran our country like Barack Obama has, he would have been impeached or at least sanctioned before both houses. I also feel that the Supreme Court justices have overstepped their boundaries and have misread and purposely interpreted the Constitution to fit their political alliances.

Therefore, it comes as no surprise to me or any of the American public that Donald Trump has said what many of us have been thinking but were too afraid to speak out for fear of retribution. The three candidates that are leading the polls for the Republican Party are all non-politicians. Donald Trump is a realtor and television personality, Dr. Ben Carson was a brain surgeon and Carly Fiorina was an extremely successful CEO for Hewlett Packard.

I think the 2016 presidential election will be either a new beginning or the continuing demise of our Constitution and American way of life that all our children and grandchildren deserve. Needless to say, there will be many unhappy lobbyists if a Donald Trump gets elected. As Donald has said, and I quote, “I’m rich. I’m really rich. And I don’t need anybody’s money but my own.” Therefore Mr. Trump will not owe anybody his allegiance or special favors that large supporters expect.

After one reads this article, written by me, you would expect me to be a strong supporter of Mr. Trump. That would be incorrect. I’ve not made up my mind yet as to which candidate that I will support and vote for. But you can bet that I have changed my opinion of Mr. Trump and will take a look-see at him and all the rest of the candidates before I make my decision.