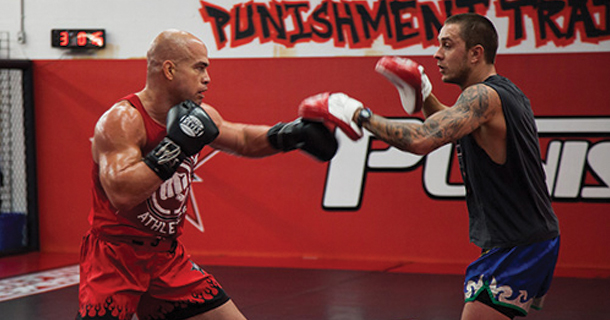 Two of the most polarizing combatants in mixed martial arts will face off at The Valley View Casino on Nov. 15.

Headlining Bellator 131 are Tito Ortiz and Stephan Bonnar in what promises to be a night of non-stop action from start to finish. The card will also feature a lightweight title fight between Michael Chandler and Will Brooks. Ortiz recently sat down with MP reporter Art Garcia Jr. and answered a few questions about his Hall of Fame career and the upcoming match against Bonnar.

AG: I know you’ve been waiting for this fight for a long time, how are you feeling with three weeks to go?

AG: I’ve covered a lot of professional fights over the years in both boxing and MMA but I don’t know if I’ve ever covered and bout with so much animosity leading up to it. This sounds more than hyping up a fight, true?

TO: You know, this guy has made it personal by talking about my family; talking about my fans and the one thing that irritated me more than anything was when he talked about how the troops disliked me. Since I remember I was one of the first mixed martial artists who ever went to Iraq to visit the troops. I’ve been to Walter Reed (hospital); been to Bethesda (Naval hospital) five consecutive times to give back to the troops. I’ve walked out with the American flag after 911 … I give back to the soldiers like no other and for him to say the things he did really, really bothered me a whole lot.

AG: Do you think he’s trying to get you so pissed off that you will forget your game plan and lose your composure in the fight?

TO: He is getting me pissed off but I’m the wrong person because it won’t get me out of my game, it will just motivate me even more during my training. I’ll make that hatred build up to animosity and energy so I’ll destroy him for three rounds.

AG: Stephan recently criticized you for giving yourself the nicknames ‘The Huntington Beach Bad Boy’ and ‘The People’s Champion.’ He said that a fighter shouldn’t give himself a nickname, rather, a fighter should earn his nickname, do you agree?

TO: Well I kind of laugh at him due to the fact that having that ‘bad boy’ image for such a long time people buy into it. I have three boys who look up to me as their father and for them to be calling me the bad boy, I really didn’t like that so I changed my name to ‘The Peoples Champ.’ From Day 1, I’ve been there for the fans and once you’re the champion you’re always the champion in people’s eyes and I’m there doing autographs, I’m there for the troops, I do everything I possibly can to help out the sport of mixed martial arts.

I think being called ‘The People’s Champ’ is the perfect fit because the last ‘People’s Champ’ that I know of was Muhammad Ali and he gave so much for his heritage and the boxing community that I’m trying to do the same things for mixed martial arts.

AG: You are a former UFC Light Heavyweight Champion and were the ninth inductee into the UFC Hall of Fame. You are also a father who is 39-years-old, how much longer are you going to fight?

TO: You know, winning another world title is my main goal, I have three more fights ahead of me — this fight and two more fights and I hope to walk away a world champion. Then I want to walk away and help on the promotions side and help Bellator, VIACOMM, and Spike TV to continue this brand and make it better than ever.

AG: As a former UFC Champion and Hall of Famer you are recognized worldwide, what do you attribute your success to?

TO: I attribute my success just to a hard work ethic – sacrifice, dedication and always believing in myself no matter what. I have to answer to myself every single day – every morning I wake up and every night I go to bed there’s only one person I have to answer to and that’s myself. I make the decisions; I take the responsibilities for every one of my actions and I think my success is that I never stop working. I always work to be the best I can possibly be.

AG: Best advice you received either inside or outside the cage?

TO: I think the best advice I ever received was from Donald Trump. I asked him, ‘how do you get to be so successful?’ and he said, ‘Tito, from the minute I wake up until the time I go to sleep I never stop working, ‘and I take that to heart in everything I do. And my own advice is to be honest as possible when you do it – don’t step on anybody, get ahead, and always reach out to help people when they’re coming up and I’ve done that my whole career.

AG: What have you found to be the best and worst thing about fame?

TO: The best thing about fame, knowing that you can be an inspiration to people’s lives is the best thing. And the worst is losing complete privacy of your personal life. Fans get discouraged and mad when they ask for autographs and photos around my kids and when I say no, not around my kids they get pissed and say things like ‘I never liked you anyway.’ But they don’t understand that there’s privacy and a line that can’t be crossed at that point so that’s probably the worst.

AG: Give me a prediction for the fight?

TO: A bloody; exciting; ferocious beat down – 15 minutes of hell. I’m willing to die for my cause and my cause is to win. 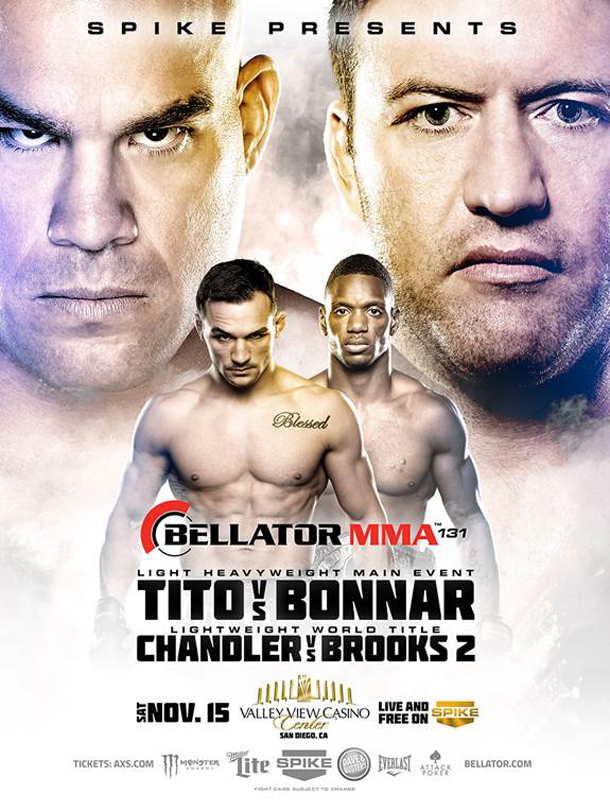