Global Hotel Company Expands Job Skills Training Programs in the U.S. and Around the World 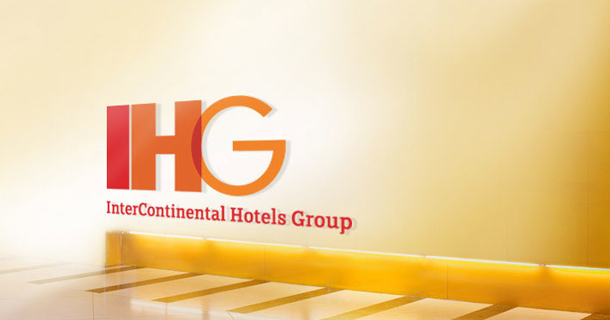 InterContinental Hotels Group (IHG®), one of the world’s leading hotel companies, today announced its 600th IHG® Academy program, having doubled the number operating globally in the past year. IHG opened over 300 programs during 2014 alone, giving almost 6,700 new IHG Academy participants the opportunity to develop the skills needed to work in the hospitality industry.

Originally launched in China in 2006, IHG Academy is a pioneering global collaboration in the hospitality industry, between IHG hotels and local education providers and community organizations. It gives participants real-world experience working in the hospitality industry and allows IHG the opportunity to develop talented people to work in its hotels. The program has continued to grow year-on-year and now spans almost 60 countries worldwide.

IHG’s 600th IHG Academy is operated at the Holiday Inn Express® – Powless Guesthouse hotel on Joint Base San Antonio. This property is part of the IHG Army Hotels portfolio that provides high quality on-post lodging for Service Members, their families, government travelers, and military retirees. It is among the IHG Army Hotels properties located on military posts across 25 U.S. states and territories. The IHG Academy program at the Holiday Inn Express Powless House hotel is in collaboration with Goodwill Industries® International. After completing the IHG Academy program, two of the participants now work at the front desk and in food and beverage at the hotel.

This IHG Academy is one of 10 programs formed as part of a broader strategic collaboration between Goodwill International and IHG in North America. First announced in 2013, it complements several other relationships that IHG is developing globally to create job opportunities and improve employability in the hospitality industry.

Kate Gibson, Vice President Corporate Responsibility, IHG, commented: “At IHG, we are committed to improving the local communities in which we operate and this includes giving people local to our hotels the chance to develop the skills necessary for securing a job in hospitality. Doubling the number of IHG Academy programmes to 600 during 2014 is a powerful demonstration of this commitment and represents a big milestone for IHG as we continue to grow IHG Academy globally.”

Jim Gibbons, president and CEO of Goodwill Industries International, stated: “The hospitality sector is a tremendous industry with growth potential. Goodwill and IHG have a shared commitment for creating opportunities for people in an industry that is not only fast-growing but has long lasting growth potential.”

Garry Dickover, Hotel Manager, Holiday Inn Express – Powless Guesthouse, commented: “We’re delighted to have been named the 600th IHG Academy to open worldwide. Our program gives participants the invaluable experience of working in a hotel and allows them to see first-hand what it takes to deliver Great Hotels Guests Love.”

To find out more, visit www.ihgacademy.com