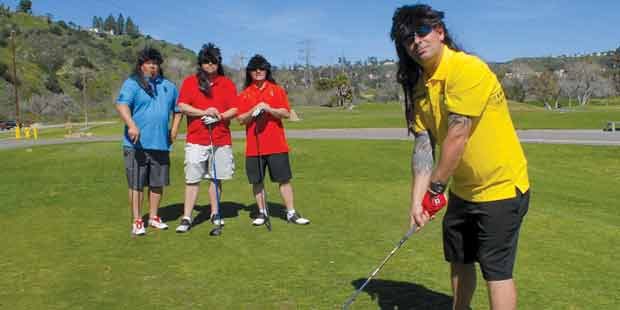 The Us for Warriors Foundation, or more commonly known as “Us4Warriors,” will be holding its Annual Golf4Warriors Bogey Battle Tournament on Saturday, Feb. 10 starting at 10 a.m. at The Crossings in Carlsbad. Us4Warriors received the 2016 Veterans Allegiance Award from Veterans Museum and Memorial Center to be recognized as Top Veterans Non-Profit in San Diego County and continues to make great strides in supporting our troops, veterans and their families.

“Golf4Warriors is a way for those who have served to come together as a team again… in a fun-filled, spirited way that just happens to raise much needed funds to help our warriors, past and present,” says Tony Stewart, CEO/President of Us4Warriors.

Us4Warriors is a 501c3 non-profit that is dedicated to supporting the members of our armed forces, veteran’s and their families. During any given month, volunteers from Us4Warriors (they are all unpaid volunteers) can be found across our county providing programs and services that support our veteran’s community. Golf4Warriors is just another one of the many programs, projects and events that Us4Warriors offers throughout the year.

Recently, Us4Warriors partnered with the Knights of Columbus to deliver 110 wheelchairs in one weekend to our veterans in need. In 2017, their Food4Warriors events donated more than 65 tons of food to our armed forces families.

“We have received a tremendous amount of support from people just wanting to help out,” Stewart said.

Enrollment for Golf4Warriors is open to anyone that would like to come out and play. Entries are $660 per 4-man team or $180 for an individual. If you can’t make it to the course that day, you can Sponsor-a-Warrior for just $120 to help subsidize the day for an active duty or wounded warrior who have expressed a desire to play.

“Many warriors love to golf!” Stewart says. “It is a release from stress. It is an escape from the rigors of their day.”

Prizes will be awarded for overall 1st, 2nd and 3rd place teams. Prizes will also be awarded for Longest Drive, Closest to the Pin, Best Team Name and Best Dressed Team. There is also an all-expenses paid Pebble Beach Golf Holiday Vacation for the first hole-in-two of the day sponsored by Charity Golf International.

Each player will receive a “goodie bag” sponsored by Pacific Golf Academy with commemorative golf ballcap, complimentary range balls and dinner at the Post Tournament Awards Dinner with prizes, activities and an exclusive auction and raffle.

To register your team, go to www.Golf4Warriors.org — or to learn more about Us4Warrior and their programs, please visit their web site at www.us4warriors.org or email them at events@us4warriors.org.