The new Great Balls of Fire! Comets, Asteroids, Meteors exhibition will make its West Coast debut at the Reuben H. Fleet Science Center on January 19, 2013, and remain through April 28, 2013. The threat of a catastrophic impact from an asteroid or comet is a staple of popular culture. If there was a dinosaur-killer in Earth’s past, will humankind suffer the same fate? What are the chances and how do we assess the risks? For that matter, what are asteroids, comets, and meteorites, and where do they come from? 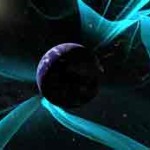 Great Balls of Fire! Comets, Asteroids, Meteors explores recent discoveries and cutting-edge science relating to these incredible objects. Have you ever wondered about the origins of comets, asteroids and meteors? Or what they can tell us about Earth? Come to the Reuben H. Fleet Science Center to explore these mysterious space rocks through hands-on activities, computer-based interactives, meteorite specimens, scale models and an immersive audio-visual experience called Asteroid Encounter.

The exhibition is divided into four areas: Origins, Asteroids, Comets and Impacts. It includes a variety of interactive, multimedia experiences. Visitors of all ages can take on the role of explorers, participate in real-world amateur astronomy activities and make comparisons between the risks of asteroid or comet impacts and more familiar natural disasters such as tsunamis, tornados, earthquakes and volcanic eruptions. It also relates the stories of individual scientists whose work has furthered the study of asteroids and comets.

While asteroids and comets are popular subjects for movies like Armageddon and Deep Impact, they are playing their own starring roles in NASA research, and ongoing discoveries are a highlight of the exhibition. In 2001, NASA’s NEAR Shoemaker spacecraft dramatically landed on the asteroid Eros. In 2005, NASA’s Deep Impact probe collided with Tempel 1, exploring beneath the comet’s surface. In 2007, NASA launched the Dawn spacecraft to the Main Asteroid Belt, orbiting the asteroid Vesta. Both NASA and numerous amateur astronomers will be closely monitoring the progress of two possible “Great Comets” in 2013, PANSTARRS (C/2011 L4) and ISON (C/2012 S1). 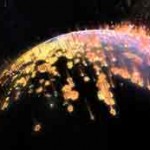 Developed by The Space Science Institute’s National Center for Interactive Learning, with funding from the National Science Foundation and NASA, this new exhibition debuted on May 28, 2012. The exhibition has only traveled to the Science Museum of Virginia, Strategic Air & Space Museum in Nebraska, and Catawba Science Center in North Carolina. The Reuben H. Fleet Science Center is delighted to host its West Coast landing!

About the Reuben H. Fleet Science Center
The Reuben H. Fleet Science Center (“the Fleet”) is home to Southern California’s only Giant Dome Screen Theater and 100+ hands-on science exhibits for all ages. Watch immersive giant-screen films in the Heikoff Dome Theater, featuring a NanoSeam™ Dome screen. The Fleet is the first Giant Dome Theater in the country to share a digital planetarium with an IMAX® Dome theater, following the recent installation of a new, state-of-the-art, giant dome screen digital GSX™ system from Global Immersion, which augments the existing IMAX projector in the Heikoff Dome Theater with one of the most comprehensive and powerful full-dome experiences available today. Experience eight galleries of fun, interactive exhibits, including major traveling exhibitions. A hurricane simulator thrills visitors with gusts of wind up to 80 miles per hour. Enjoy sandwiches, salads and healthy treats in Galileo’s Café. Find unique educational toys and games, books, IMAX DVDs and more in the North Star Science Store. Located at 1875 El Prado, two blocks south of the San Diego Zoo on Park Blvd, the Fleet Science Center is a non-profit organization dedicated to furthering the public understanding and enjoyment of science and technology. For information regarding current admission prices, please call (619) 238-1233 or visit our website at www.rhfleet.org.

About The Space Science Institute
The Space Science Institute’s National Center for Interactive Learning is a nonprofit organization that carries out world-class research in space and Earth science, together with innovative science education programs that inspire and deepen the public’s understanding of planet Earth and its place in the Universe. The institute’s integrated research and education programs span planetary science, space physics, astrophysics, astrobiology, and Earth science.