Harkey on the issues 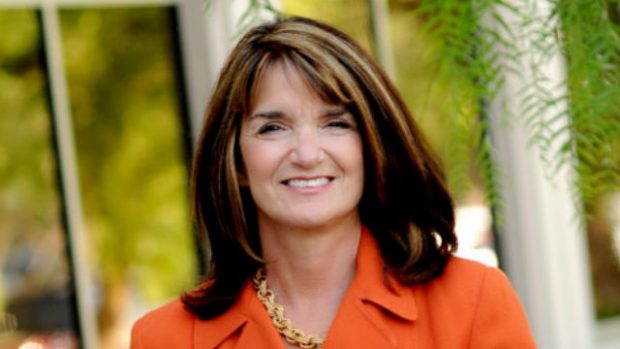 Two candidates running in California’s 49th Congressional District comprising some of San Diego and Orange County exemplify the huge differences between the parties. This is now a purple district — no longer red. Running for Darrell Issa’s seat is pragmatic Republican Diane Harkey and so-called Democrat Mike Levin. Levin speaks like a socialist, supporting issues such as Medicare for all, while not saying how he would pay for it. There is such a sharp contrast between Harkey’s and Levin’s views.

It comes down to what people consider the issues vital to them. Levin speaks of forcing President Donald Trump to release his tax returns as one of his top issues. He is not ruling out supporting impeachment for Justice Brett Kavanaugh and President Trump, while Harkey blames the Democrats for all the divisiveness in the country today.

“They totally mishandled the confirmation of the Judge,” Harkey said. “It should have been dealt with in private and before the hearing took place. Anyone who has a brother, husband, son or father has to believe that the accuser needs some kind of corroborating evidence.

“Instead of concentrating on impeachment we should be trying to get things done for those in our district, state and country. There are too many hot issues that must be dealt with such as border security, immigration and national security. I would vote ‘no’ on impeachment of the justice and president, but I really hope that instead of concentrating on that we focus on how to help those we represent, such as improving health care. Obamacare is not sustainable. We need a fix on health care that includes better coverage for pre-existing conditions, able to buy across state lines, and having a high-risk pool. I am listening to what those in my district are saying, including being able to choose their own doctor and hospital.”

On Levin’s website he calls himself, “a passionate believer in clean energy,” but neglects to mention that he is in favor of solar and wind energy. Wanting to reduce electrical bills is only a pipe dream since the solar panel costs range from $11,000 to $15,000, after tax credits, with the gross cost about $19,000. Regarding wind energy, as with solar it is definitely not aesthetically pleasing.

The hypocrisy of Levin is clear when he lists on his website an issue dear to him, protecting animal welfare. Yet, wind turbines, consisting of 212-foot towers with arms 116-feet long are taking birds lives, including eagles, owls and falcons. Since the outer tips of some turbines’ blades can reach speeds of 179 mph, it is horrific to see the bird’s wing cut off by the knife blade whipping down upon it.

Harkey wants an “all above approach. But we have to think practically, and see what effect they have on the environment.”

“Misguided wall” is how Levin refers to Trump’s desire to protect America’s Southern border. Maybe someone should teach him a geography lesson. California has had a wall for nearly two decades, stretching 20 miles, made of concrete with barbed wire on top. In the San Diego area, there is a double-layered fence with stadium lighting and video surveillance.

“I do support a wall that can also be a virtual wall,” she said. “Something must be done to end human trafficking, drug running and money laundering. It is all about the dangers that come across illegally. I am against sanctuary cities because it pits law enforcement against law enforcement. Those who are caught in California, human trafficking or drug running, cannot be held in a jail by the sherriff’s department until ICE arrests them. Instead, they move into neighborhoods. This is just bad policy because law enforcement is supposed to enforce the laws and work effectively together, which is not happening now.”

Levin has bragged about receiving support from the California teachers’ unions. He ignores how the unions have taken millions in pensions, and has the second largest pension in this country. In EdWeek’s 2017 Quality Counts, California was ranked 46th out of the 50 states, and spends $3,462 less than the national average on students. Even though California’s teachers are at the top of salaries in this country, the teachers’ unions continue to bargain for raises. Harkey thinks students will be better served with Charter Schools and school vouchers.

Interestingly, Levin hardly mentions Iran as a threat, and has stated he did not think the U.S. should have withdrawn from the Iran deal. Harkey could not disagree with him more.

“It is a terrible deal for Israel and the world,” Harkey said. “I see it as our greatest threat. We gave them billions of dollars so they could continue to have state-sponsored terrorism. There used to be a saying, ‘One nuclear bomb can ruin your whole day.’ Well it still can. Levin thinks the biggest scare is global warming. I understand the concern, but no one ever speaks of China. They pollute more than the U.S. and E.U. combined. But in actuality, the biggest military threat is Iran.”

Although both agree on the need for a reform of immigration, Levin wants “a path to citizenship for law-abiding, undocumented immigrants.” Harkey supports the Goodlatte Bill because “I consider it a very good bill.”

“It has E-verify — a must — border wall funding, an increase in foot and car border patrol and a fix for DACA,” she said. “There are also provisions for agricultural workers that have been here for about 20 years. Not everyone wants to be a citizen who comes here to work. It provides for temporary workers’ visas. I believe strongly that congress needs to take action. We need common sense when dealing with immigration. Let’s get real about this since no one is going to send home those that have been here illegally for a period of years.”

Both are big proponents of veterans. Levin does the talk, claiming his grandfather was a WWII veteran, while Harkey does the walk. She was one of the founders of The Dana Point 5th Marine Regiment Support Group, helping with coordination and organization. Basically, providing aid for those deployed and their families. She also considers an important issue, how TBI has affected the veterans.

Levin has attempted to smear her regarding her then husband’s lawsuit. She has to face the “JFK Kennedy syndrome,” where a family member is blamed for the actions of another.

In the 2008 economic crash, her husband’s business went belly up and, unfortunately, people lost money, including Harkey. No fraud was found, no Securities and Exchange violations nor violations of corporate code.

After five years of in-depth investigation, the lawsuit against her was dismissed by the plaintiffs in 2013 “with prejudice” — meaning that they made a mistake and were sorry.

“They realized I was never involved, so they dismissed the lawsuit against me,” Harkey said. “The only reason I was included is because he was my spouse. I had signed a prenup and had no input and no control over his company. What really bothers me is that my opponent claims to be pro-women, but assumes I, as a woman, could never have had a life of my own, or could support myself. Basically, that I could never do anything without my husband and had to depend entirely on him. I find this attitude to be insulting. I had a career, a life, and an income of my own, and was able to get elected before, during, and after.”

Interestingly, Levin while working for Countrywide handled foreclosures. Harkey noted, “He claims that it was only done to those committing fraud. Yet, he was suing people and put them out of their homes. I think he should explain who those people actually were and how/why they lost their homes.”

Since Levin is getting money from the Nancy Pelosi PAC, it is obvious that he will vote lock-step with the Pelosi machine. Harkey has pledged to “be the type of representative to come home and explain the bills and why I voted in a particular manner. I want to end the dysfunction in Washington.”